Four Rebels American Taco Kitchen & Bar, which describes itself as "an unapologetically American taco experience," is moving into the former Segafredo spot (1618 N Mills Ave) in Mills Park, a prime location that has sat vacant for nearly two years.

Though Orlando is currently flooded with relatively new taco options, this particular location, which sits across from Firebirds and between Brass Tap and Yamasan Sushi & Grill, features one of the area's few accessible rooftops, a prized commodity to say the least.

There's no word on exactly when Four Rebels plans to open, but for now follow their Facebook page for updates and a few peeks at potential menu offerings.

You can also sample their fare at the Winter Garden Farmers Market. 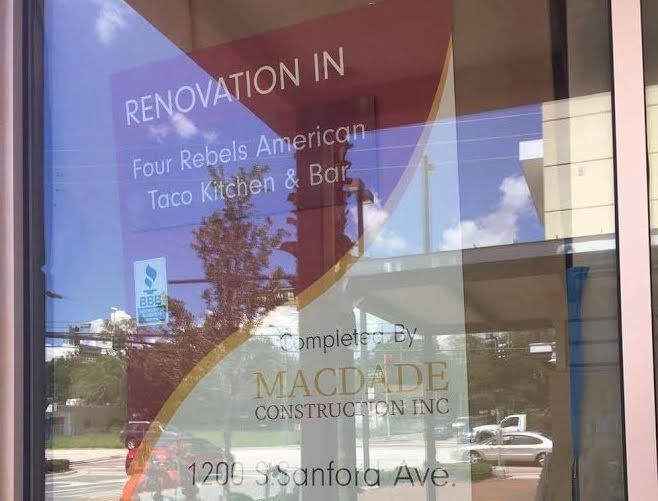