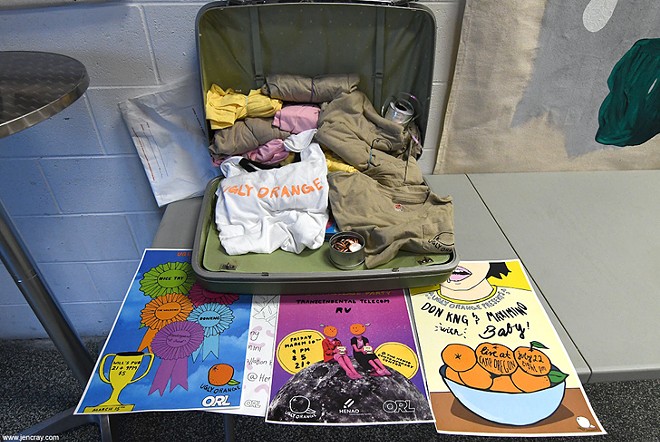 Rising Orlando promoters Ugly Orange have been making a name for themselves by not only unearthing young new indie bands but also something else that’s just as critical to scene-building: potential new venues. They went from being one of the groups to try lifting the Milk District to live-music prominence to exploring fresh frontiers like the Henao Contemporary Center. Now, Ugly Orange has just given Winter Park’s new Deadly Sins Brewing a go. 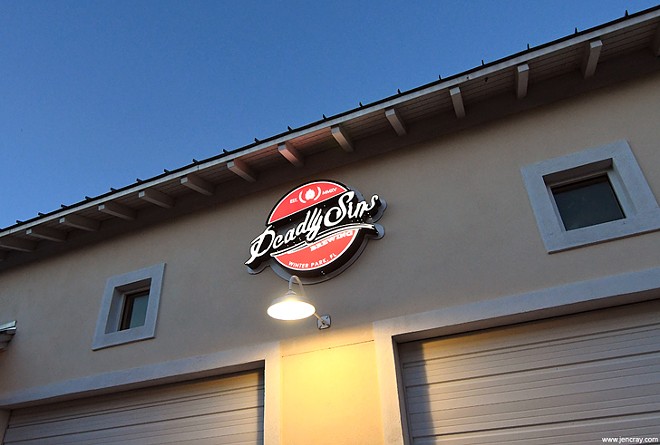 Don’t sweat the posh ZIP code, it’s a no-frills brewery in the warehouse district behind 4 Rivers Smokehouse that also contains the more jazz-minded but equally DIY Blue Bamboo Center for the Arts. Though Deadly Sins’ events calendar shows some live music, there isn’t a concerted effort here to be a live venue so far. It is a brewery first, after all.

But, turns out, it’s a decent spot for an underground show, especially if a group like Ugly Orange has its name on it. And, based on the crowd that showed up, this event in particular seemed to basically have run of the place.

Topping the bill was the Orlando debut of Tall Juan. Though the Argentinean – now New Yorker – isn’t an especially big name himself yet, he does sport some early wags from tastemaker publications and counts people like Mac DeMarco and the Beets’ Juan Wauters as friend-collaborators. His music is solid. The Ramones influence is as apparent as it is professed, but his sound is both wider and more now than that. In brisk nuggets catchier than the flu, he fluidly threads bopping garage modernity, swooning Spanish romanticism and raw punk heat. 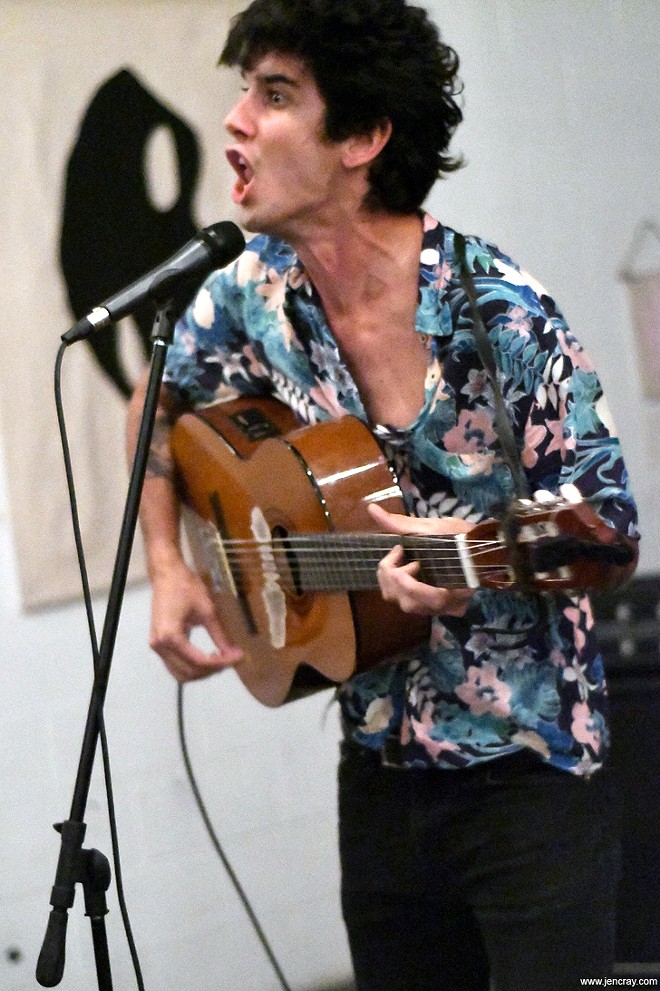 Live, Tall Juan is absolutely undeniable. He’s so electric in presence and attitude that he can make playing acoustic and solo – the way he began his set – punk as fuck.

When in full swing, he’s a rush of rubber, velocity and charisma. In his magnetism and live-wire physicality, it’s easy to see a cult icon in the making. And it seems to be a live brilliance that’s only beginning to fully bloom.


By show’s end, his band was bashing out the Stooges’ “I Wanna Be Your Dog” with him appropriately flopped on the floor, half-dressed and with microphone in mouth. Not fortunate enough to see the spectacle? Well,
lucky for you he’s returning September 27 to the Social opening for Together Pangea alongside excellent Nashville band Daddy Issues, who really impressed back in April supporting Diet Cig. Don’t sleep on this second chance.

Opening was St. Pete band Sonic Graffiti. They wowed at their Orlando debut back in 2013 and did so again this time.

Sonic Graffiti carry the torch of the MC5 with some heavy psych touches, kicking out a dense, writhing, heady sound that consumes like flames from down below. Uncorking some of the form’s wildest original instincts, Sonic Graffiti are maximum rock & roll. 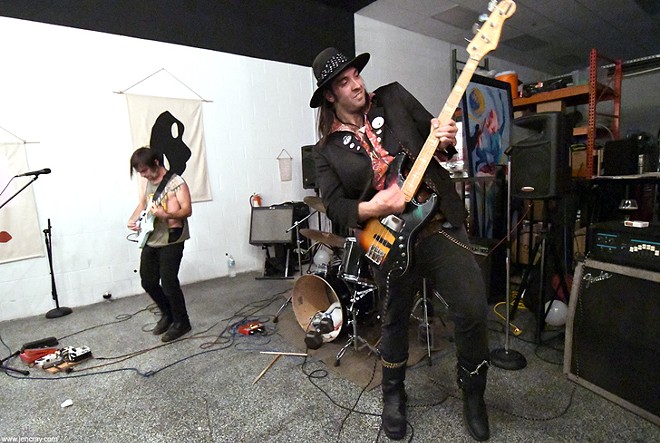