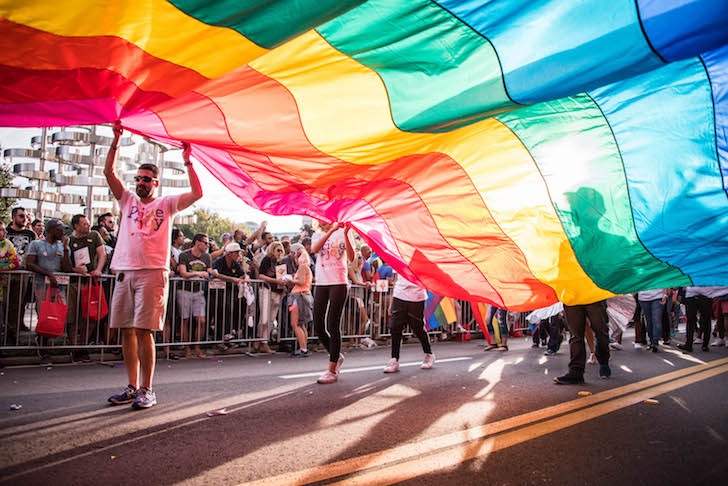 Under Florida law, it's still legal to deny housing, refuse service and fire people from their jobs because they identify as LGBTQ, says the Rev. Terri Steed Pierce. Equality Florida and other LGBTQ advocates have been asking Scott for months to add "gender identity" and "sexual orientation" to anti-discrimination protections for state employees.

"Hate walked into our community a year ago and tried to relegate the LGBTQ community back to the closet that was never meant for people," Steed Pierce says. "Hateful legislation does the exact same thing."

A pastor at Joy Metropolitan Community Church, Steed Pierce says after the mass shooting at the gay nightclub Pulse where a gunman murdered 49 people, Scott came to offer his support to the church's LGBTQ congregation. She says the governor was kind and "shocked to hear of our realities." At a time when many were criticizing Scott for his past anti-gay stances, advocates say Scott's staff promised he would sign the anti-discrimination order. After a year of back and forth, Scott hasn't signed the order and has taken to running away when asked about it. Last week, Rep. Carlos Guillermo Smith, D-Orlando, said he felt "personally disrespected" after Scott walked away and refused to talk to him about the anti-discrimination order. In response to advocates' claims, the governor's office has previously said Florida is a state that doesn't tolerate discrimination of any kind.

"The governor continued to call me often to check on our church and this community," Steed Pierce says. "He agreed to do what he could to help us heal. It's been over a year now and the best way we can heal and overcome the loss our community suffered is to honor the fallen with our action. The time for talking is over. It's time to do something. Taking action can change things, and we need change in our state. Gov. Scott, put people before party and do what is right for all the citizens of Florida."

Imam Abdurrahman Sykes, founder of the Islamic Society Leading Muslim Americans, says the community has seen no measurable action from Scott addressing homophobia and transphobia in Florida. Sykes, who provided counseling services to the families of Pulse victims, says it's disrespectful for the governor not to take action after a hate crime of such magnitude.

"With an executive order, the stroke of a pen, Governor Scott could set a new standard of inclusivity and protect LGBtQ state employees from discrimination based on sexual orientation, gender identity or expression," he says. "Governor Scott, it is time for you to serve and honor the 49 souls who were take by hate and dignify the loved ones they left behind by putting action to your promise."

On Monday, Gov. Rick Scott's office spokesperson Lauren Schenone again reiterated a previous statement sent out in response to advocates who want the governor to sign the anti-discrimination order.