80 people form human chain to save family at Florida beach 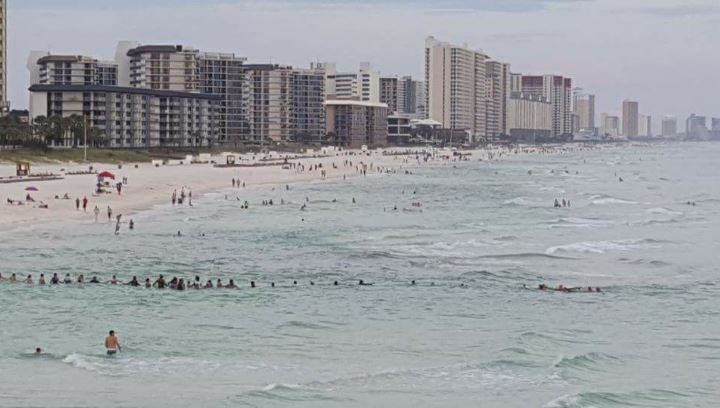 Last weekend, dozens of strangers formed a human chain to save a family caught in a rip current at a Florida beach.

According to the Washington Post, the rescue occurred at Panama City Beach on Saturday, July 8. Six members of the same family and four others were rescued when an estimated 80 onlookers formed a 100-yard human chain to pull the distressed swimmers back to safety.

No lifeguards were on duty at the time, and law enforcement wanted to wait for a lifeboat, reports the Post.

Roberta Ursrey and several members of her family were among those rescued. "The tide knocked every bit of energy out of us," said Ursrey to the Post. "I was exhausted."

The National Weather Service in Tallahassee did not issue a riptide warning last Saturday, but did warn that strong or frequent rips were possible.

Rip currents are incredibly strong tunnels of water that can pull you out from shore. If you ever find yourself in a rip current and unable to swim back to shore, swim as far as you can parallel to shore until you are no longer caught.