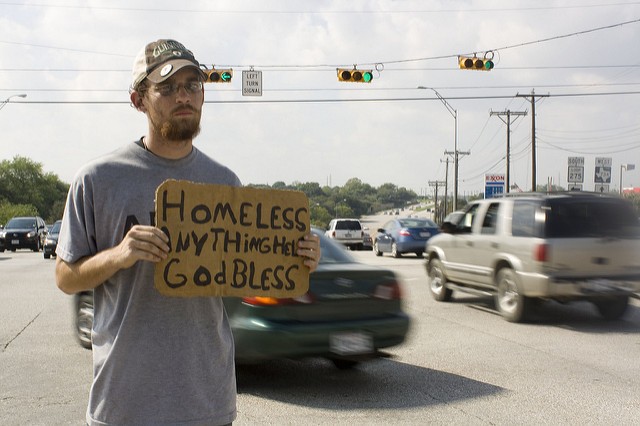 Orlando commissioners are considering changes to the city's panhandling ordinances, including eliminating a requirement that panhandlers can only solicit donations from blue boxes painted on sidewalks.

WFTV reports the new rules proposed by Mayor Buddy Dyer's office would ban beggars from soliciting or receiving donations from drivers stopped at red lights or at exit ramps.

The proposed measure would also repeal restrictions on panhandling in downtown Orlando at night and prohibit "aggressive solicitation," such as a panhandlers harassing people at ATM machines, outdoor restaurants or in parking spaces. It would also ban beggars for asking for donations again after being initially rejected.

At Monday night's meeting, the Orlando City Council voted to approve the changes unanimously on first reading, though the measure will still a second reading before it's adopted.