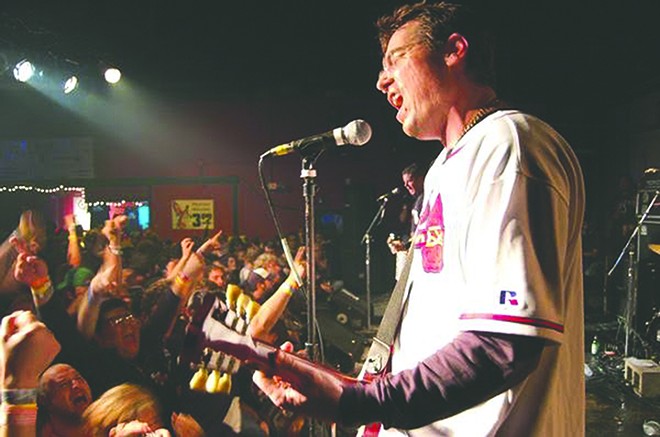 If you're a fan of Hot Water Music, Less Than Jake, Against Me!, or pretty much anything on No Idea Records or at Gainesville's Fest shindigs, you need to be tipping the ol' leather cap to Radon. The combustible pop-punk quartet seemed to explode into existence in 1991 in Gainesville in a mess of sweat and spit and DIY hardheadedness. After countless sweaty, ecstatic shows and a clutch of recordings, it was all over, seemingly before it had even begun. Or was it? The band fittingly reunited in 2005 to play the fourth Fest, and if this were a music documentary, the last shot would be a line snaking around the block to see a long-overdue valediction. Thankfully, it's not, and the band continues to tour and record sporadically, when life allows it. Reunions for the right reasons are so rare; this is one. (For further reading, score a copy of Travis Fristoe – RIP, sir – and Aaron Cometbus' heartfelt book-length epistle to the band and their impact.)