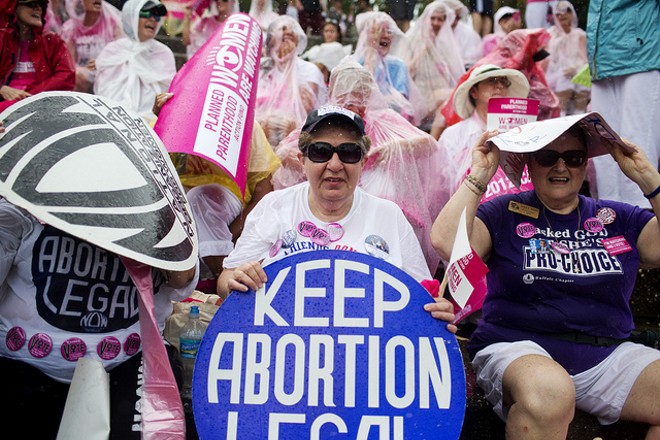 A Tallahassee judge gave Florida officials more time to present their defense of a two-year old law requiring women to wait 24 hours before receiving an abortion, but seemed skeptical that the state would convince him to keep the law on the books.

Leon County Circuit Judge Terry Lewis gave Deputy Solicitor General Denise Harle 60 days to make her case on behalf of the state, after chastising her for failing to gather the evidence she says she needs in the two years since the legal challenges began —- and more than five months after the Florida Supreme Court put the law on hold for a second time in February.

"If I were in your shoes, I think I would have been ready a long time ago," Lewis said during an hour-long hearing Wednesday. "On the other hand, I think it's very important that, whatever happens here, there is a complete record."

Lawyers for Gainesville Woman Care —- an abortion clinic that filed the lawsuit along with the American Civil Liberties Union of Florida, the Center for Reproductive Rights and others —- have asked Lewis to permanently strike down the law, which has been on hold for more than a year.

They argue that the law is an unconstitutional violation of the right to privacy.

A Leon County circuit judge issued a temporary injunction blocking the law from being implemented, but the 1st District Court of Appeal overturned that decision in early 2016.

The appeals court pointed to a lack of evidence to support the temporary injunction, but the Supreme Court issued a stay temporarily blocking the law while it considered the matter. The high court then approved a temporary injunction in February, ruling that enactment of the law "would lead to irreparable harm."

But Harle told Lewis on Wednesday that the state needs more time to gather data about women in other states who have changed their minds after having to wait 24 hours before getting the procedure.

The evidence could show that what Harle called "a very short period of time," meaning 24 hours, would be the minimum required for women to give what is called "informed consent" prior to undergoing the procedure.

"The fact that a 24-hour waiting period would cause some people to change their mind ... undermines the idea that informed consent ... can be instantaneous," Harle said.

But Julia Kaye, a lawyer with the national ACLU's Reproductive Freedom Project, told Lewis that the Florida Supreme Court has made it clear that the law is so flawed there is nothing the state could present that would prove that the statute is constitutional.

Whether women have changed their minds about the procedure is irrelevant, Kaye argued.

The state's focus on women changing their minds is rooted in the desire to protect an unborn child, Kaye said. But courts have already ruled that the "point of viability" doesn't occur until at least after the second trimester begins, while the disputed abortion law deals with first-trimester procedures.

Even without the law, "a woman can already take all of the time she needs to consider" whether to have an abortion, Kaye argued.

"The only thing this law does is impose a one-size-fits-all mandate that a woman must delay ... even if she's ready," she said. "She is forced to delay. And that is deeply problematic here."

The plaintiffs have argued that lawmakers haven't imposed a similar 24-hour waiting period on other medical procedures, including procedures that are much more dangerous and intrusive than abortion.

Lewis seemed to side with the plaintiffs, saying the state's focus on the psychological impact of the procedure alone would not demonstrate whether the law meets constitutional muster.

He pointed out that nothing in the law requires a waiting period for heart surgery, which can also have a serious psychological impact on patients.

"The only thing I've heard so far is you want to put on evidence that shows people have changed their mind," Lewis told Harle. "(But) the Supreme Court has ruled that informed consent has nothing to do with the moral, psychological, social aspects of the risk, per se."

At the close of the hearing, Lewis ordered the state to come back in 60 days to present its evidence, indicating that he wanted to make sure the record was complete in the event the case would be appealed.

"I think it's going to come down to the plaintiffs are not going to dispute your facts, they're just going to say they're irrelevant," Lewis told Harle.

The judge said "it would be a lot cleaner" to allow the state to present its evidence "because I don't think we can just rely on the appellate opinions" offered by the plaintiffs.

"It seemed like he wanted to bullet-proof what he's doing and make sure that it's beyond challenge," Richard Johnson, a Tallahassee lawyer who represents some of the plaintiffs, told reporters after Wednesday's hearing.

Kaye said she was hopeful the law would be overturned "once and for all."

There is no evidence that women are changing their minds about abortions, Kaye told reporters.

"Women in Florida are capable decision-makers who do not need politicians managing their schedules or imposing a mandatory time-out before they're allowed to make decisions about themselves," she said.