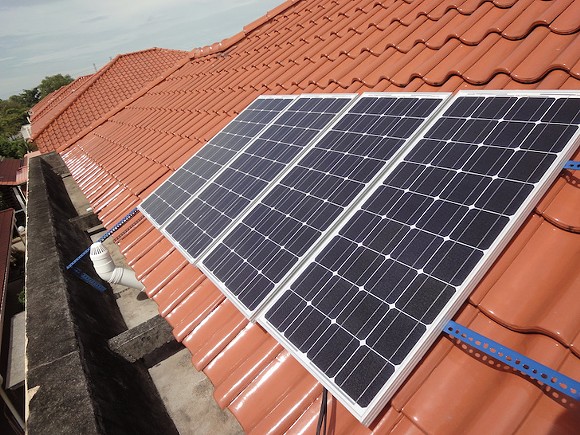 South Miami is ready to take advantage of the abundance of sunshine in the Sunshine State.

Last night, the city commission passed a law that will require any homes being built (or rebuilt) starting on Sept. 18 to install solar panels. The bill, which passed 4-1, is the first in all of Florida, the Miami Herald reports.


Commissioner Josh Liebman, the only one to vote against the measure, claims that he isn't necessarily opposed to solar energy but rather prefers that residents make the choice for themselves. He also voiced concerns about a substantial portion of the city budget coming from utility fees paid to the city.

While this is a big deal for South Miami, other Florida cities have also made large strides towards renewable energy.

Last year, St. Petersburg became the first Florida city to commit to 100 percent clean, renewable energy. In November, the city council unanimously voted to use $800,000 of the $1,000,000 received from a settlement with BP over the Deepwater Horizon oil spill of 2010 to move toward becoming a completely sustainable city.

South Miami Mayor Stoddard, Mayor Kriesmann of St. Pete, and our own Mayor Dyer are among 15 other Florida mayors (and a total of 135 mayors nationwide) who have endorsed the Mayors for 100% Clean Energy initiative since May.