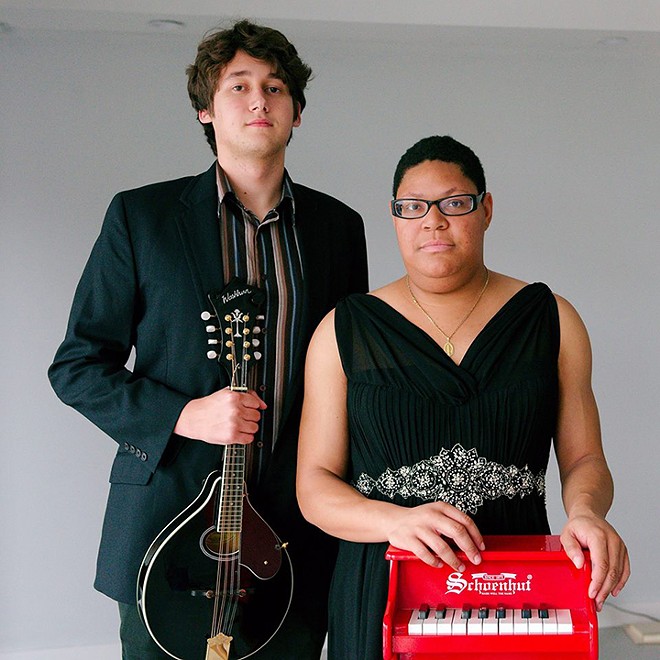 Anyone lucky enough to attend either the Accidental Music Festival Marathon in May or a solo engagement at the Timucua White House in October of last year knows that St. Petersburg’s Elizabeth Baker has creative momentum on her side. The experimental musician had been focusing on finding new soundworlds from – of all things – an array of children’s toy pianos, but of late she’s been expanding her focus to include new instruments, dance, text and visuals. Baker returns to Orlando this Friday to debut her new multidisciplinary duo project with Erich Barganier. Expect a heady mix of movement and visuals augmented by a range of instrumentation that wouldn’t be out of place at an Art Ensemble of Chicago performance in the 1970s. The Baker-Barganier Duo will be joined at the History of Subjugation pop-up by digital artist Elizabeth Mputu showing “Broken Mirrors” and filmmaker Christopher Harris showing “A Willing Suspension of Disbelief.”