Dead Oceans act Strand of Oaks really impressed as an opener for labelmate Tallest Man on Earth at the Beacham back in 2013 as just a duo. Now, the Philadelphia-based locomotive of bandleader Tim Showalter is back as a full band with much bigger rock ambition.

Few approach folk-rock with a sense as expansive and mountainous as Strand of Oaks. Even though Showalter’s take is unquestionably indie, it’s also remarkably encompassing. In fact, his band went notably psychedelic in their Orlando show, with some expanded acid-rock passages that rolled out in epic, long-form songs like rural America’s answer to the Verve. 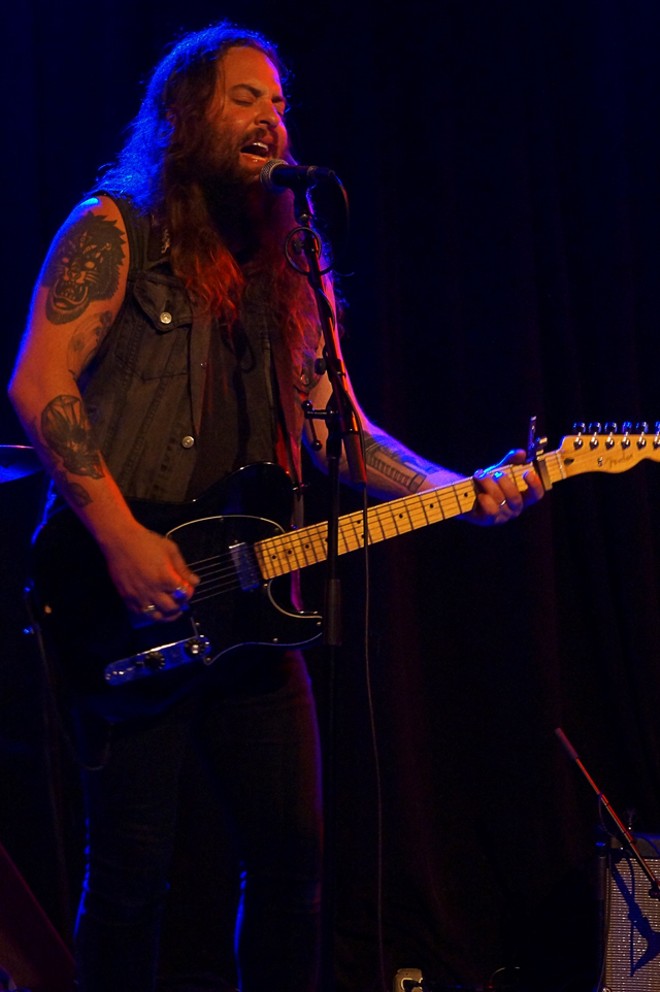 But their specialty is anthems, and those soared live as they do on record. And at their best, Showalter and company take rugged country-rock spirit, thrust it with altitude and render it in brilliant Technicolor. If the War on Drugs snapped out of their soft-rock daydream, rediscovered the exhilarating gust of their early days and maybe strapped on a jetpack, you might have something approximating the panorama of Strand of Oaks.

Even with all the sonic sweeps and deep dives, though, Showalter made it a personable encounter, bringing down the scale in the middle of the set to get intimate and honor some requests. Between this and opener Jason Anderson, this was one of those shows where the performers often handled the venue like a living room, treating the assembled to a close engagement.

New Hampshire’s Jason Anderson is a Strand of Oaks collaborator on record as well as on tour as guitarist. He was comparatively stripped down as a solo act, but his sensibility is similar in its homespun grandeur. Though his music is always reflective, it sometimes just shoots through and swings for the fences. Spiritual kin to bands like Gasoline Heart, it’s the sound of a big American heart that’s born of conviction, open landscapes and rock & roll. And it’s one that beats with true humanity in person.

Without any backup, Anderson pours himself into the mic. Clearly showing a desire and flair for connecting, he sometimes took songs off the mic to warm up the early crowd and draw us in. Making it especially personal, he performed a cover of Tom Petty’s “I Won't Back Down” in dedication to Pulse victims and survivors. Played solo, the song’s empowering nerve took on an effectively – and appropriately – solemn tone. Respect.