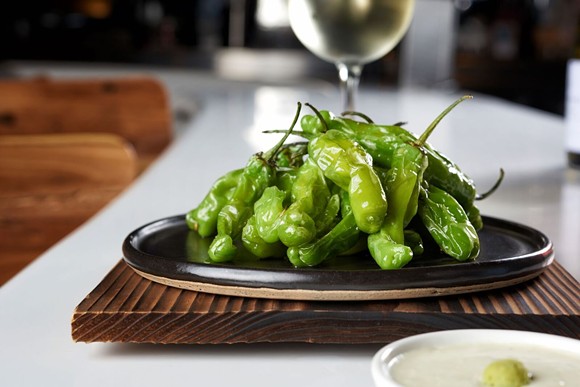 Who says happy hour has to be before dinner? Morimoto Asia at Disney Springs is changing the rules.

To keep up with the bevy of new boites opening in the Lake Buena Vista culinary wonderland, some of the flagship properties, including the Iron Chef's pan-Asian pad, are coming up with new ways to draw in visitors.

The late-night bites menu is quite a deal, too, all at just $8. The menu includes yakitori, bulgogi nachos, blistered shishito peppers — current appetizer darling of chefs across the city.

If you're a little hungrier, sushi and ramen are also available for a few more dollars.