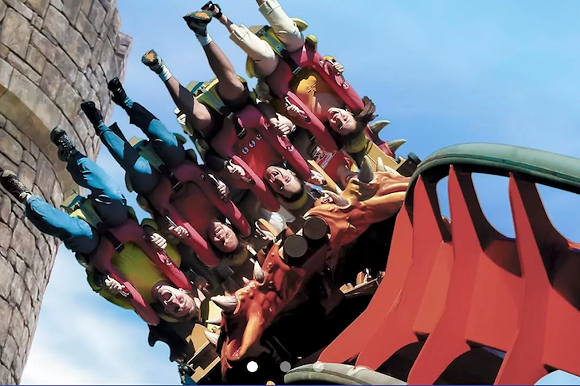 The Dragon Challenge has been officially slain.

Universal announced today that the famous Hungarian Horntail and Chinese Fireball will officially retire to make way for an all new roller coaster experience in the Hogsmeade area.

On September 5, The Dragon Challenge will close permanently and construction for the new attraction will begin. Not a lot of details have been released, but Universal says it will be "highly themed" with "a few surprise."

From Universal:
Dragon Challenge's last day of operation will be Monday, September 4.

The name of the new coaster and its expected opening date have yet to be released.

Since back in 2015, it's been rumored that Universal was looking to integrate the (at the time) the upcoming Fantastic Beasts films into the Potter universe at the parks, specifically within Hogsmeade in Islands of Adventure.

Will Universal Orlando finally slay Dragon Challenge? Probably
By Ken Storey
Blogs
The Orlando Business Journal published a story back in May of this year which cited unnamed sources but claimed that, “Universal Orlando’s rumored plan is to remove the coaster track, demolish the queue, and completely rework the space. This includes a new entrance, new queue, new locker system and an overhaul of the land itself.”

That article said the new coaster wouldn't be opening until 2020.