Here's a photo of Gordon Ramsay posing with Florida pythons, which he then cooked and ate 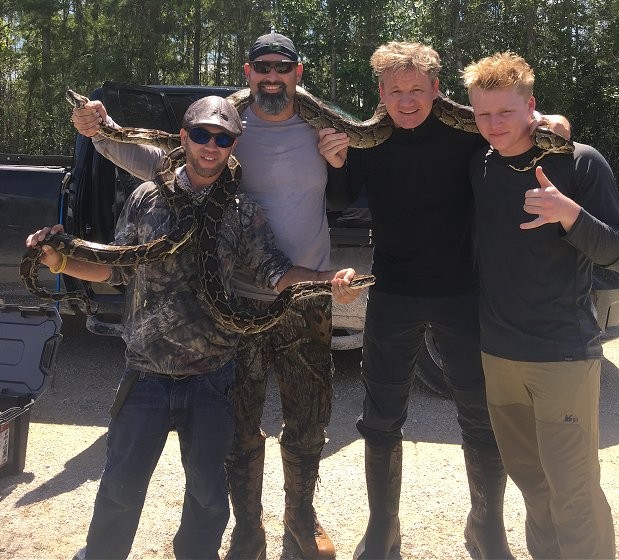 Celebrity chef Gordon Ramsay, a man who's made a good living by yelling things like "YOU DONKEY" at anyone who serves him subpar food, recently caught, killed and cooked three large Burmese pythons from the Florida Everglades.

For an upcoming episode of his latest Fox show The F Word, the Emmy-nominated chef joined South Florida Water Management District snake hunter Kyle Penniston, as they round-up a few of Florida's biggest and most destructive invasive snakes.

According to a statement from SFWD, after Ramsay helped catch the snakes, he then cooked them into "a special meal right on the levee, using a portable oven."

We're really hoping it was "Snake Surprise."
Penniston, who has caught nearly 30 snakes in his career but has never eaten one, said "what an honor to have my first taste of python cooked by Chef Ramsay."

The F Word airs Wednesdays at 9 EST on Fox.