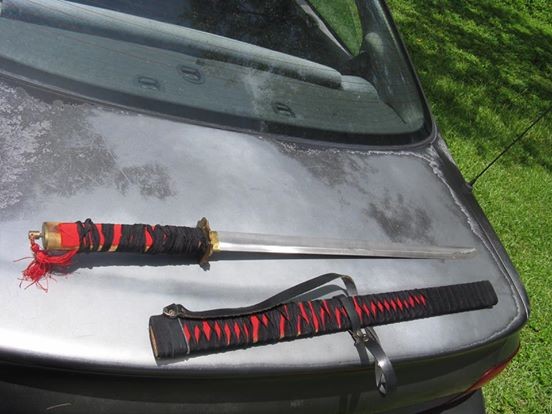 Yesterday, a Florida man brake-checked a couple, hit their bumper, and then proceeded to threaten to kill them with a samurai sword, said police.

According to the Brooksville Police Department, on Tuesday, July 25, Julian and Adrian Rivera say they were driving behind Daniel Seymour of Brooksville when he, unprovoked, allegedly started slowing down and speeding up while using obscene hand gestures.

Road rage incident over Confederate flag results in fight on I-4
By Monivette Cordeiro
Blogs
Eventually the road opened up to two lanes and they were able to pass Seymour, who then proceeded to hit the back of their car with the left front bumper of his vehicle. Both parties then pulled over and exited their vehicles, and this is when an angry Seymour allegedly produced a 25-inch samurai sword and declared he was going to kill them both, said officials.