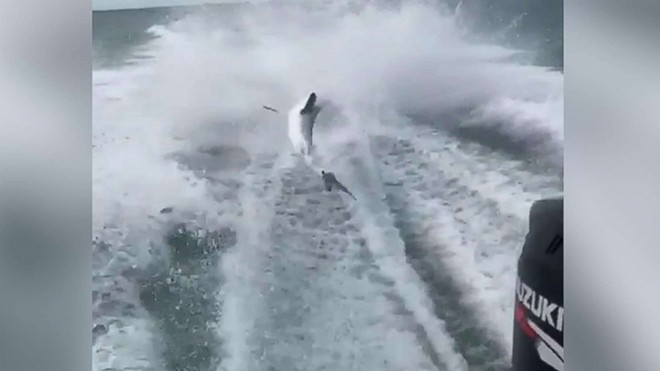 A Florida man with an extremely unfortunate last name has been receiving an onslaught of angry phone calls and death threats because people are mistaking him for the father of one of the men in the now-viral shark dragging video.


“You know what’s great about international waters is that I can sink your ******* boat,” said one caller.

When the office is open, Wenzel hears the verbal abuse, live, over and over again.

He has a message to all the haters.

“I’m not related in any way to the families involved. [I] do not know them,” said Wenzel.


As you can tell, one of these men in the video, a guy who has a troubled history of posting insanely awful things on social media, shares the same last name as poor Bob.

As per policy, the FWC has not released the names of the four men in the video, but that hasn't stopped social media users from naming them in just about every single comment section on the internet.

Threats to the individuals in the video have also intensified. One of these four men recently asked local authorities for increased police patrols at his home in Palmetto, Florida.