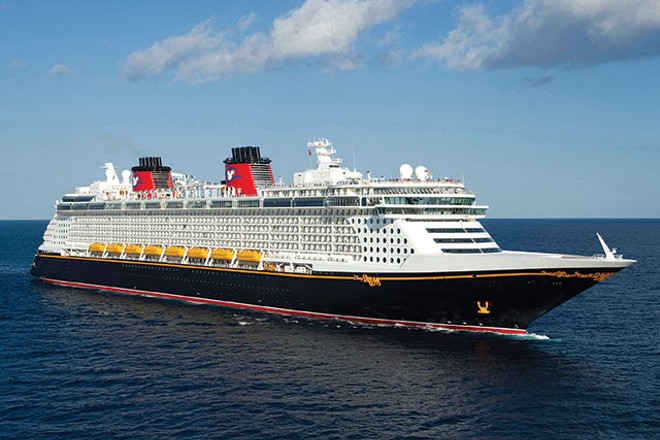 With not two, but three new ships in the works for Disney Cruise Line, bringing the fleet up to seven ships, it comes as no surprise that Disney is reportedly looking for a second Caribbean island.

Disney Cruise Line has been expanding its non-Florida itineraries in recent years, adding a number of West Coast and Mediterranean tours, while Asian itineraries have been strongly rumored for some time, but the bread and butter of the award-winning cruise line are its Florida-based cruises.

Some cruise itineraries include two stops at Castaway Cay. The island was purchased in 1996 when Disney had plans for only two ships, the Disney Magic and the Disney Wonder. These ships, with 875 staterooms, were soon dwarfed by the Disney Dream and Disney Fantasy, with their 1,250 staterooms. The three new ships will be slightly larger than the Fantasy and Dream but will have the same number of staterooms.

Castaway Cay, designed for ships with 875 staterooms, can get crowded when the larger ships are there. The new island is likely to help alleviate some of this strain by allowing Castaway Cay more downtime between ships.

Disney was looking at a second island last year, Egg Island in the Bahamas, but those plans fell through after environmental studies showed the island’s ecosystem wouldn’t be able to sustain the development.

According to Disney news site Chip and Co., Disney is now secretly on the hunt for a second island, but many in the islands understand who this new buyer is. Rumors shared by industry insider Jim Hill and by Chip and Co. point to the new island having a Pirates of the Caribbean theme similar to a plan at one time for Bay Lake’s Discovery Island.

Discovery Island was originally developed to be a pirate-themed half day attraction for guests staying at Walt Disney World. Themed around Robert Louis Stevenson’s Treasure Island book Walt Disney envisioned the island having a fort to explore, the Benbow Inn tavern, and shipwrecks along the shoreline. Only one of two shipwrecks were ever developed for the island, Captain Flint’s Walrus, which can still be slightly seen in the overgrown brush that has now overtaken the abandoned island.

The new, yet-to-be purchased or named island would likely include a pier so that even the largest of Disney ships could easily dock there. Many of the activities found on Castaway Cay, like the snorkeling and the age-specific beach areas, will likely be included in the new island. The new Caribbean island will likely also be included in the treasure hunting scavenger hunts that Treasure Island hosted before becoming Discovery Island. A similar, but much more high-tech pirate-themed scavenger hunt, is now available inside the Magic Kingdom.

There’s no word on where the new Caribbean island will be or when Disney will announce details regarding it. Disney Cruise Line’s three new ships will come in-service one per year between 2021 and 2023.