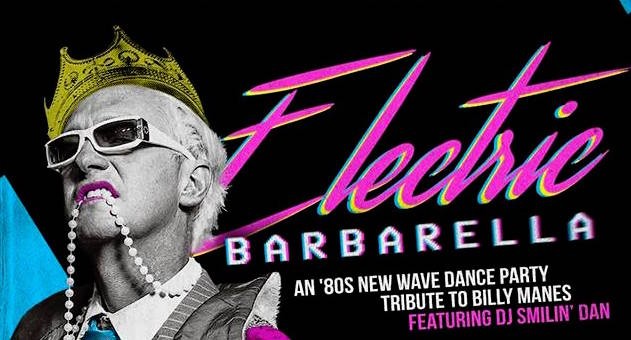 Just announced: Electric Barbarella: A Tribute to Billy Manes, a big communal remembrance and celebration of the singular and much-missed Manes via, appropriately enough, a gigantic "new wave dance party" at the Beacham, Expect to hear Duran Duran.

Electric Barbarella: A Tribute to Billy Manes is happening at the Beacham Theater on Wednesday, Aug. 30 at 7 p.m. Suggested donation is $10-$100 with proceeds going to benefit Planned Parenthood of Southwest and Central Florida and Organize Florida.