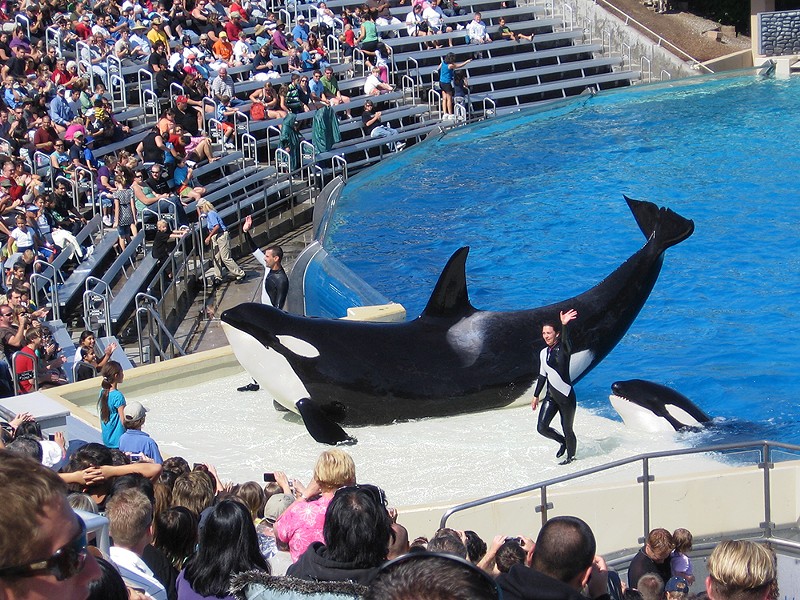 Animal advocates say SeaWorld is "stonewalling" over releasing a copy of the necropsy done on Tilikum, the infamous orca featured in the 2013 documentary Blackfish who died earlier this year.

SeaWorld officials announced in January that Tilikum had died of a bacterial pneumonia after decades of living in captivity. The male orca, believed to be around 36 years old, was responsible for the 2010 death of Orlando trainer Dawn Brancheau, an attack which Blackfish attributed to the theme park's alleged practices. After Tilikum's death, SeaWorld said in a statement that Tilikum "lived a long and enriching life while at SeaWorld and inspired millions of people to care about this amazing species."

PETA and other animal welfare groups wrote a letter to SeaWorld CEO Joel Manby demanding transparency and the release of Tilikum's clinical history and necropsy, or animal autopsy, to the National Marine Fisheries Service. Animal advocates say the company was required to submit these records to the agency after the orca's death under federal law.

"We believe that making Tilikum’s health information available is not only the required thing to do but also the right thing to do in order to advance sound science, animal husbandry, education and public accountability," the letter says. "SeaWorld’s unwillingness to provide basic health information to regulatory agencies is inconsistent with its purported mission. Thus, we encourage SeaWorld to maximize the transparency surrounding the lives and deaths of all cetaceans in its care, including its decision-making process for evaluating third-party research proposals for studies aiming to investigate captive cetacean health and welfare. Increased transparency should be a goal of any company seeking to improve its public image, and in this specific case, greater transparency is likely to advance the health and welfare of cetaceans everywhere."

Orlando Weekly has reached out to SeaWorld for a comment. Previously, the Orlando Sentinel reported in February that the company argued it didn't need to release the necropsy because it already complied with the law by releasing Tilikum's cause of death. SeaWorld says it's also allowing the orca's tissues to be studied, and those findings will eventually be published, according to the Sentinel.

PETA also argues that SeaWorld should release the necropsy of Tilikum's granddaughter Kyara, a three-month-old orca calf who reportedly died in July after being treated for pneumonia.

"PETA is calling on SeaWorld to release Tilikum's health information, which is not only required but also essential for assessing the ill effects of captivity on orcas," says Jared Goodman, a spokesperson for PETA, in a statement. "SeaWorld's ticket sales are nosediving, and keeping these records secret will only cause the company to fall further out of favor."