As SeaWorld continues to disappoint, Merlin signals interest in their best asset 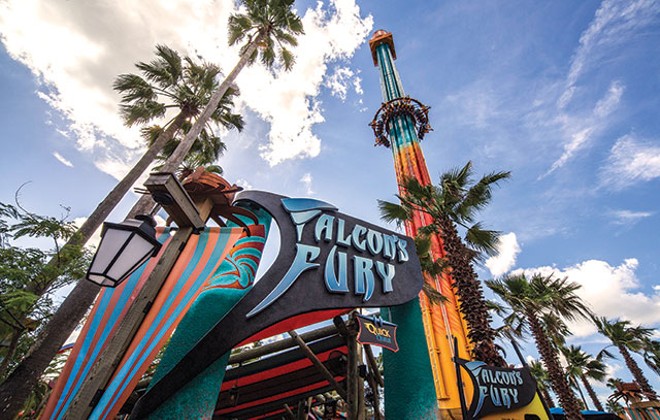 The first half of 2017 saw 353,000 guests at the company’s 12 parks. Couple that with a net loss of $237.0 million for the first half of 2017 (which does include a non-cash goodwill impairment charge of $269.3 million) and it’s easy to see why SeaWorld Entertainment CEO Joel Manby said, “We are not satisfied with our results for the quarter."

While the SeaWorld parks in Orlando and San Diego led the company in disappointing numbers, the Busch Gardens parks continue to bring positive news. Busch Gardens Williamsburg was just rated as the “World’s Most Beautiful Amusement Park” for the 27th consecutive year by the National Amusement Park Historical Association.

Now there’s an offer on the table for SeaWorld Parks to offload Busch Gardens in an attempt to help the company. U.K.-based Merlin Entertainment has expressed interest in the Busch Gardens parks. The rumors of Merlin’s interest in the parks have been swirling for some time, but the question was directly asked during a recent quarterly earnings report call. On an earnings call last week Merlin Chief Financial Officer Anne-Francoise Nesmes stated that Merlin was interested in the parks:

“It takes two parties to do a deal, so we do not know what SeaWorld’s intentions are but we do believe that those assets are interesting and we could certainly do a lot with them particularly around accommodation, so to us it’s about having the right discussion with a willing partner and making sure we have the right financial return.”


The mention of accommodations improvements at Busch Gardens parks is something SeaWorld CEO Joel Manby has expressed interest in as well. Rumors of a hotel project at Busch Gardens Tampa have gotten stronger in recent months.

Merlin currently has no high thrill-focused parks in the United States, but does own six major amusement parks throughout Europe, including four in the U.K. The parks in Europe each have their own branding, including Chessington World of Adventures Resort that includes a zoo and theme park that features numerous animal exhibits similar to Busch Gardens Tampa.

The former parent company of Merlin, Blackstone, sold its 21 percent stake in SeaWorld Entertainment to Chinese investment firm Zhonghong Group in March of this year for roughly $449 million. Blackstone used to own 50 percent of Universal Orlando but sold that 2011 to NBCUniversal for $1.025 billion. Blackstone led Merlin through a major expansion before selling its controlling share in 2015.

Merlin is no stranger to the Orlando market, either. They own the majority of the attractions at I-Drive 360, including the Orlando Eye, Sea Life Aquarium, and Madame Tussauds, they also own the Legoland line of parks, including Legoland Florida in Winter Haven. There’s also a Legoland Resort in California, and a New York resort is currently in the approval process. Merlin has previously expressed interest in expanding its North America. It currently has roughly two dozen attractions here, but most are smaller attractions, such the wax museums or aquariums.

The Merlin Busch Gardens deal would require SeaWorld to sell off one of the few bright spots in the company right now and to give up such a positive aspect of the company would be rather difficult for SeaWorld. Some, such as Erik Yates of Behind The Thrills, believe that such a buyout would be listed in the billions of dollars. As of March 2017, SeaWorld Entertainment had $1.61 billion in debt. The company as a whole is valued at just over $2.5 billion.

Another issue facing Merlin is the old but ever present rumors of Six Flags being interested in the Busch Gardens branded parks. With both companies looking to acquire more North American parks a bidding war could be one possibility for the highly valued parks.

Some analyst pointed to the Busch Gardens brand as ideal for SeaWorld overall. In that plan SeaWorld entertainment would completely rebrand its SeaWorld line of parks, removing the sea life focus and instead focus on less controversial land animals and experiences. SeaWorld has downplayed animal exhibits in recent years, instead focusing on VR experiences and other interactive exhibits. SeaWorld Orlando is currently building a South American rainforest inspired family river raft ride where a large land animal exhibit is rumored to be going.

In an interview with the Tampa Bay Times, Manby said the Busch Gardens is not for sale and pointed to the Busch Gardens, calling it the company’s best asset and is a ‘model’ for what the future of SeaWorld is.

But with shares dropping in recent days and Moody’s downgrading SeaWorld’s credit rating due to heavy borrowing with performance the Orlando-based entertainment company has many investors looking for nearly anyway to turn around the company, even ones that may include selling off its best assets.