Laetitia Sadier Source Ensemble brings living legend to town, and the case for Acoqui as Orlando's next great band

If anyone can be said to have a signature, it’s Laetitia Sadier. Though she’s spent this decade mostly doing her, the ever-sophisticated fingerprint that made Stereolab so singular since the early ‘90s carries over into her solo work, now a long-running tenure on Drag City Records. But unlike the motorik lounge-pop of Stereolab, the measured effervescence of her latest vessel, Laetitia Sadier Source Ensemble, is less orbital and distinctly earthlier. 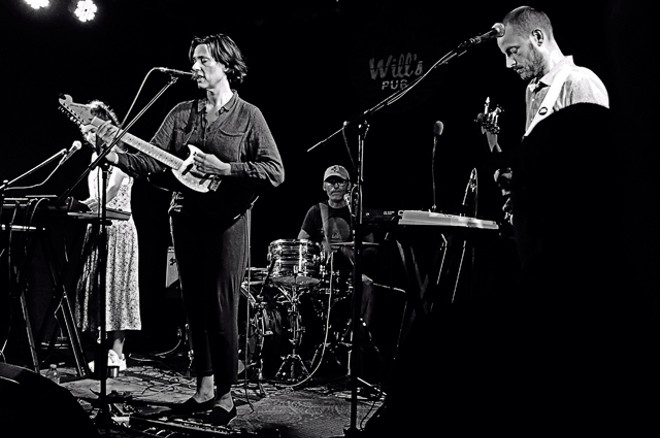 It’s music that’s decidedly left in both sensibility and politics. Atop Sadier’s clear socio-political commentary, her band’s breezy avant-pop is a wide-ranging international quilt of styles that – like the vocabulary of Stereolab – is prominent with jazz, Latin, vintage futurist keyboards and indie rock. But it’s all synthesized without a trace of fusion or revivalism. 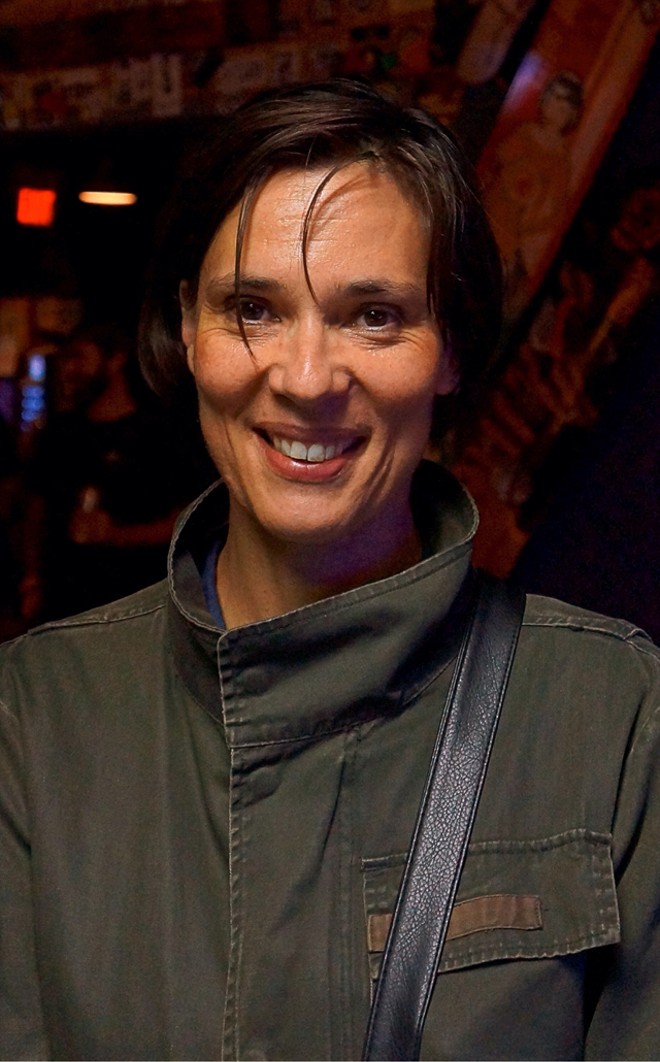 Befitting any appearance by her, let alone her only Florida appearance of this tour, a crowd deep with the city's music literati turned out to see a living legend. And that’s what they got, one who is still a creative, forward force.

Tourmate Art Feynman is especially notable as the new oddball alter ego of Here We Go Magic frontman Luke Temple. Much less notable was his actual performance, a spare display of outsider dub that seemed more undercooked and extemporaneous than anything resembling the beckoning intrigue of his fresh debut album Blast Off Through the Wicker on Western Vinyl.

But most of the sonic thrills came from Orlando opener Acoqui, the reclusive act that’s now light-years beyond its origins as a solo ambient project of Alberto Hernandez, perhaps best known as one half of Kanine Records act Viernes.

As asserted by both this incredibly vivid performance and their newly released debut album (the excellent A Heart Fills This Way), their sound is a Cocteau Twins dream on a shoegaze rush, only with more pop concision and punch. Of course, that means some of the most gorgeous guitar tones heard around here in forever. Made from all the right stuff, this band is generating songs and textures supreme enough to be one of the most exciting homegrown acts to emerge in a long time.

For a barely active live act, Acoqui has amassed some of the city’s most credentialed players with a collective résumé that includes Summerbirds in the Cellar, the Sh-Booms and Moon Jelly. With an all-star lineup that’s now all-local, this band is facing its most solid prospects yet. They’ve got the goods and they’ve got the ensemble. If these stars can align, Acoqui could be Orlando’s next great band.