With Universe of Energy closed, Disney may revive a dormant ride to help with crowds 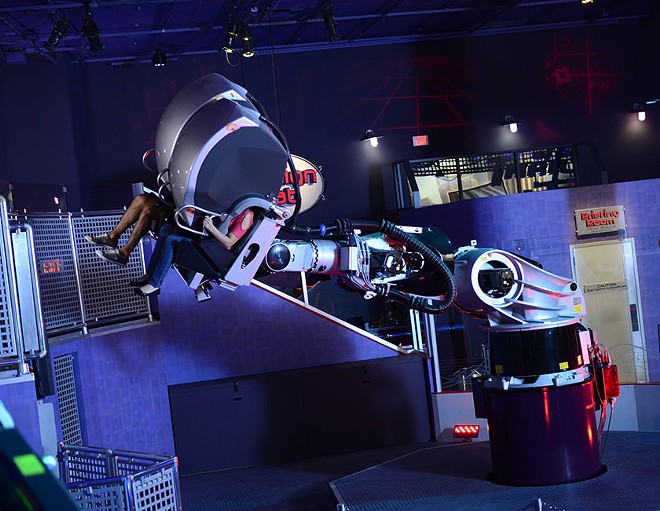 With Ellen’s Energy Adventure, better known as Universe of Energy (its original name), closed and with major updates on the way that may cause numerous other attractions to close at Orlando’s second busiest theme park, there are concerns about what people will be able to do in the park.

Now Orlando Park Pass is reporting that Sum of All Thrills, the KUKA arm-based attraction which sat near Colortopia, may soon reopen, though they mention numerous times that this is still only a rumor with no official confirmation. Orlando Park Pass is reporting that they have been informed the former Innoventions East attraction has been testing and show elements are being worked on after the area closes at nighttime.

Sum of All Thrills opened in 2009 and was the first ride in the Orlando area to use KUKA arm technology; it was later used the award-winning Harry Potter and the Forbidden Journey ride at Islands of Adventure. On Sum of All Thrills, guests learned about math, science and engineering while designing their own coaster simulator experience. Guests could then ride their designs in a two-seat simulator.

The popular thrill ride closed in September, along with StormStruck, leaving only Colortopia in Innoventions East. Innoventions West closed earlier in 2016 and is now mostly used as a character meet-and-greet and back-of-house areas.

With Ellen’s Energy Adventure closing nearby the only attractions left in Future World East are Colortopia, Test Track and Mission: Space. Test Track closes every time there’s lightning or heavy rain in the area, leaving only Colortopia and Mission: Space most afternoons. Mission: Space reopened earlier this month with a new more family-friendly Green version where guests fly over earth, while the more thrilling Orange version got updated graphics but still features a trip to Mars.

There’s no indication that StormStruck or any of Innoventions West will reopen if Sum of All Thrills does in fact reopen.

The Gist Epcot WDW Sum of All Thrills Innoventions