J. Cole brings '4 Your Eyez Only' tour to Amway Center 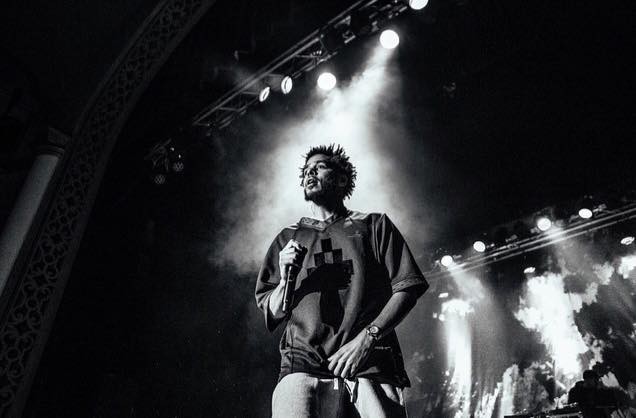 J. Cole has been tearing it up on stages across North America,
touring behind his fourth studio album, 4 Your Eyez Only. With the
Nitti Beatz-esque track “Immortal” and the trip-hop heavy “Change,”
Cole ably demonstrates his range and capabilities as a producer, but
what the record showcases, as a total conceptual package, is Cole’s ability to craft compelling and intimate lyrics. Following the fictitious life of James McMillan Jr., Cole immerses listeners in overlapping narratives of love, death, the pull of the streets, redemption and fatherhood. The album has been very well-received, and was certified platinum in April; around the same time, Cole released an associated documentary on the recording of the album with HBO that he co-directed. This Amway show comes at the tail end of a lengthy tour, so expect Cole’s set to be lean and road-honed.