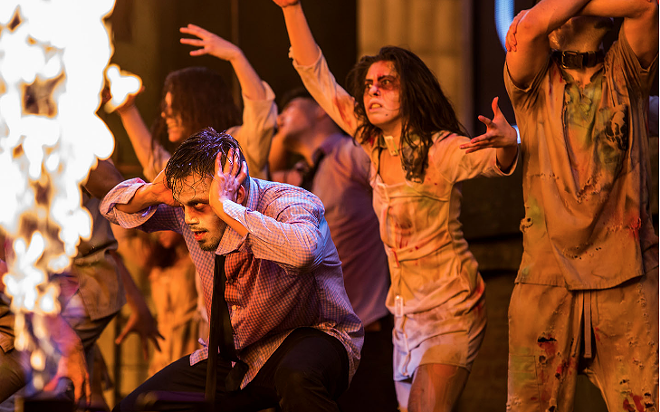 Clowns with chainsaws. Evil alien invaders. Murderous civilians on the loose. The most terrifying time of the year is almost upon us at Universal Studios.

Today, Universal released details on the five "scare zones" that guests can look forward to at Halloween Horror Nights 27.

This year's scare zones will be known as the "Festival of the Deadliest," which will include content from the films Trick 'r Treat, and The Purge. Other zones include an alien area called Invasion!, and Altars of Horror, which will include a mish-mash of characters found in the nine mazes.

This year's live show will be "Academy of Villains: Afterlife," where performers will take guests to see the horrors of the land of the dead.

Halloween Horror Nights will run from Friday, Sept. 15, through Saturday, Nov. 4, and tickets are available at halloweenhorrornights.com.