'Dawson City: Frozen Time' gives a peek into the past at Enzian Theater 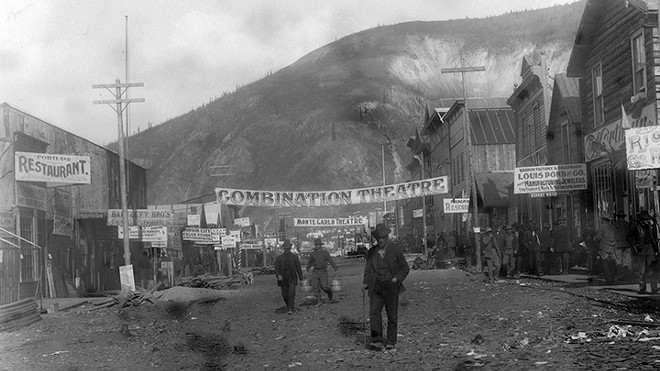 Located just below the Arctic Circle, Dawson City was a Canadian gold rush town so rugged that it burned down every year in its first nine years of existence. This settlement became the involuntary proprietor of a huge collection of films by dint of parsimony: As fortunes were made throughout the 19th century, the residents demanded entertainment, and in the early 1900s, Dawson City became part of the worldwide distribution of silent films. As remote as it was, it was often the last stop for a print, and the distributors didn’t want to pay to ship them all the way back. So there they sat, until a buried cache of 553 films was unearthed in 1978. Director Bill Morrison (Decasia) is known for his work with degraded and disintegrating film stock; Dawson City does feature some of the aged nitrate film prints, but functions more as a detective story about hiding and finding. Highly recommended.