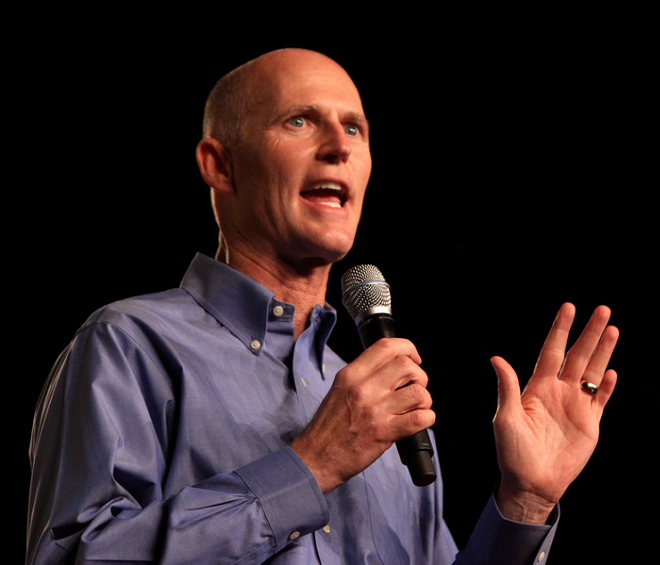 After the fatal shooting of two Kissimmee Police officers, Gov. Rick Scott has removed Orange-Osceola State Attorney Aramis Ayala from the case because of her previous opposition to the death penalty.

In an executive order, Scott reassigned the case of Everett Glenn Miller, 45, from Ayala to State Attorney Brad King, whose district covers Citrus, Hernando, Lake, Marion and Sumter counties. Miller, a Marine Corps veteran, is accused of fatally shooting Kissimmee Police Sgt. Richard "Sam" Howard and Officer Matthew Baxter during a routine stop on Friday night. Investigators allege Miller opened fire on Baxter and Howard after a scuffle. Baxter was pronounced dead that Friday after the shooting, while Howard died Saturday at Osceola Regional Medical Center. Miller has been charged with first-degree murder, resisting arrest and carrying a concealed weapon.

Scott has already reassigned 27 cases from Ayala to King after the newly elected state attorney announced in March that she would not pursue the death penalty in the case of murder suspect Markeith Loyd, who is accused of killing his pregnant ex-girlfriend Sade Dixon and Orlando Police Lt. Debra Clayton. Citing a lack of public safety benefit and the legality of Florida's death sentencing scheme, Ayala also declared she wouldn't pursue the death penalty for cases under her administration. Ayala has filed a lawsuit against Scott, saying he violated the law when he removed her from the murder cases by interfering with an independently elected prosecutor.

In his executive order regarding the case of Miller, Scott says previous statements by Ayala regarding the death penalty "raise grave concerns regarding her willingness to abide by and to uphold the uniform application of the laws of the state of Florida, and the ends of justice will be best served by the assignment of another state attorney."

"Florida has zero tolerance for violence and we will not accept hatred for one second," Scott says in a statement. "In Florida, justice is swiftly served against anyone who attacks our law enforcement officers."

In a statement, Attorney General Pam Bondi says she agrees with Scott's decision.

"Two Florida police officers were brutally murdered and the victims’ families deserve a prosecutor who is willing to consider all sentences, including the death penalty," Bondi says. "That is why the Governor and I agree the investigation and prosecution of this case must be reassigned."