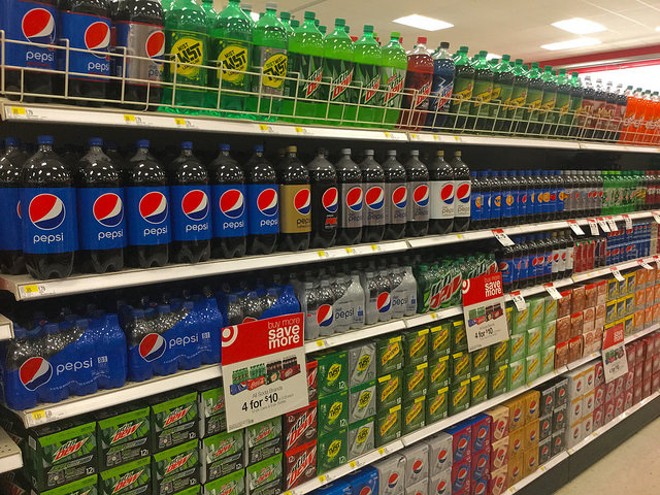 A new proposal from a House Republican suggests that Florida residents who receive food stamps shouldn't have the luxury of drinking soda.

Rep. Ralph Massullo, a dermatologist from Lecanto, filed HB47 for the 2018 legislative session, which starts in January.

Essentially, the proposal would require Florida's Department of Children and Families to request a waiver of federal requirements and would prohibit participants in the Supplemental Nutrition Assistance Program, also known as SNAP, from purchasing soft drinks.

This, of course, is very dumb.

A study from the Bureau of Labor Statistics, showed that people who receive public assistance from programs like SNAP, live much more frugally than those who don't. Meaning, poor people aren't drinking soda anyway, which is a ridiculous, and unfounded stereotype.

But this isn't the first time Republicans have overstepped in judging the spending habits of the less fortunate. In 2013, Florida congressman Matt Gaetz called for reform because he saw a lady at Publix with tattoos use food stamps...

Yesterday I saw a lady at Publix use her "Access" welfare card. Her back was covered in tattoos. RT if u support entitlement reform #sayfie

Last year, House Republicans unsuccessfully tried to pass HB 581, which would've denied 229,000 Floridians from using food stamps, most of them children, because they wrongly suspected vast amounts of statewide fraud.

According to the Tampa Bay Times, for the past seven years Florida has received nearly $54 million in bonuses from the federal government for having one of the lowest food stamp error rates in the U.S.