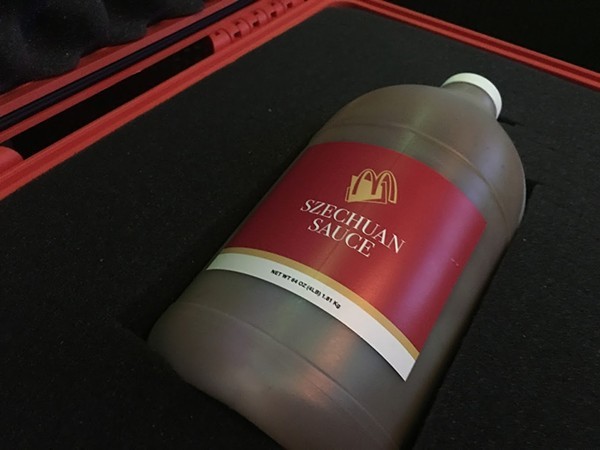 Recently we reported on David "Duckie" Wasman, the Orlando-area Rick and Morty fan who won one of the world's only bottles of McDonald's Szechuan sauce. After sharing the legendary McNuggets sauce with friends, Wasman placed the half-empty bottle on eBay, with a portion of the proceeds earmarked for charity.

Unfortunately, since the internet is filled with terrible people, the initial auction was a bust. "Our last auction ended with someone refusing to pay, so it has been relisted," says Wasman. The relisted auction, which is currently up to $1,525, also now has a "BUY IT NOW" option at $5,000. Free delivery to any buyer in Orlando is included.

"Remember," adds Wasman, "this is the last one that will ever be made available as even the Rick and Morty team has finished their bottle." The bottle's contents have an expiration date in October, so if you win be prepared to eat a lot of McNuggets over the next month.