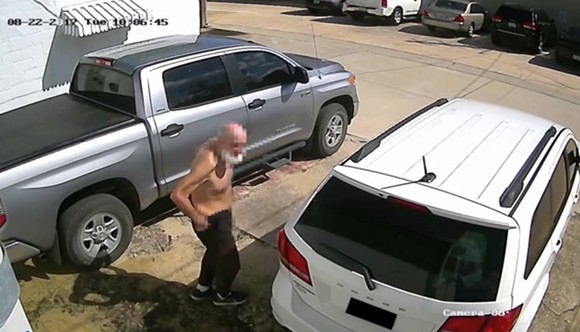 A shirtless man was caught on camera pooping behind a jewelry store, and now the Crestview Police Department is asking for the public's help in finding this person, who they're actually referring to as the "crapperman."

CPD posted an image of the man on their Facebook page yesterday. "Incidents like these have a negative effect on the quality of life in our community," said Police Chief Tony Taylor, who then followed this up with a series of incredibly lame puns. "It’s just downright shameful when people don’t give a crap about their town. It really stinks."

The owner of the store, Joey the Jeweler,  posted the footage to his Facebook page, and commented "This is just NASTY!!! And, it's about 6ft inside private property, which means I get to clean it up! People have no respect for others anymore!"

According to an update on the Facebook post, CPD has since identified the "crapperman," and are working on a warrant for his arrest.