Band of the Week: Arms 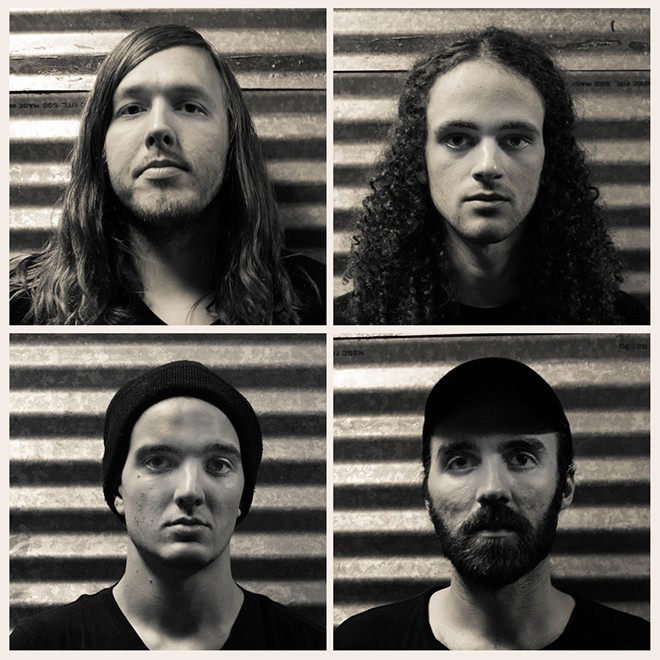 Welcome to Orlando Weekly's "Band of the Week." Every week, we highlight one of our favorite local bands. This week, we're pleased to bring you Arms.

When did the band form?
Paul Hundeby started Arms in 2012 and released 2 albums by himself until an official line up was formed and we played our first show in May of 2016.


Websites:
Our website can be found at armsblackout.com. Here you'll find links to our Bandcamp, Facebook, and Twitter pages. Our Instagram is simple: @armsfl. We are having a full overhaul of the site in the coming months to coincide with future releases.

What has been your most memorable show so far?
In February we were invited to play Complexity Fest in Haarlem, Netherlands and it was an unforgettable experience. We met a lot of great people while we were there and it was surreal playing to a crowd across the world who recognized our music.

Which local band is your favorite one to play a show with?
Yashira from Jacksonville always inspires us to further improve upon our craft. They are a group of people whose musicianship will without a doubt propel them beyond the stars.

What description gets used for your band that you would most
like to correct people on? Why?
We have no interest in correcting people – if our music makes you feel anything at all then we have done our job.

What’s your favorite thing about being an Orlando band? What's your least favorite? Why?
There's so much going on in Orlando at any given time and at least one show happening every night. We try not to focus on what restrictions or burdens that could cause for us but focus more so on finding reasons why people should choose coming to our show instead of the many other possibilities for their night. We enjoy the competition and really that's our end goal for playing to any other music scene in the world.

Any big news to share?
John Chapman from Henrietta is filling in for us on drums now and we are very excited about playing the upcoming shows and recording our new material with him. We are entering the studio this month to record songs for a 7" split with an incredible band from Dana Point, California called SEIZURES. The split is being released through Dark Trail Records. More info to come, but expect a physical release this fall.

The Heard band of the week arms