Howling Midnight drop new album, The Ludes play as I Love You, Bubble Boys on the rise

More indebted to bands like Queens of the Stone Age than the White Stripes, this bludgeoning guitar-and-drums duo is a heavy machine thick in riff and groove. And just so you know what kind of stuff we’re talking about here, this new record packs a nice MC5 cover on it.

Hard Orlando rockers the Ludes have been keeping it fresh lately by performing entire tribute sets like they did for X when opening for Shonen Knife back in May. For this one, they did a sort of tribute to themselves – or at least frontman Jeff Nolan – by performing as I Love You, the ‘90s band that Nolan was in that actually landed on Geffen Records despite being somewhat buried by history.

Though classic-leaning, the band was cut from a heavy rock cloth that should’ve fared better in the grunge era than it did. Regardless, this exclusive performance was a deep-diving trip down a now-obscure but notable rabbit hole of Orlando music history.

Very much now, however, are Bubble Boys, a new local garage-punk band whose profile has been conspicuously rising of late. They threw sparks almost as soon as they first emerged on the scene but, as a young band, looseness would sometimes dog them. Recently, though, they’ve been showing enough live improvement to now leave only the heat of big promise. 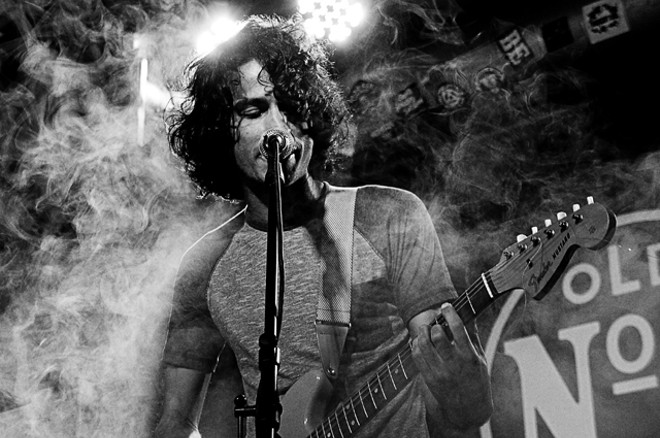 What distinguishes them is that they’re a punk band that can really rock & roll, generously streaking their hot sound with ‘60 tear and ‘70s flair. Most critically, they’re one of those bands that’s got that thing, and it’s the kind of flare that could be bright enough to attract some outside notice. Watch out for these guys.