This Little Underground + More Q Than A = A Band Called Death

Local underground film series More Q Than A at the Gallery at Avalon Island always dives deep in its selections. And some of its past screenings have shown its organizers' interest in musical subjects. This Wednesday (Aug. 30, 7:00 pm), they've doubled down on that and asked me to be a guest curator. Our debut joint together will be the 2012 documentary A Band Called Death.

The unearthed chapter of rock music history that is Death came alive onstage here last February at Will's Pub. If you weren't there, damn, I'm so sorry for you. But here's a glimpse of what you missed: 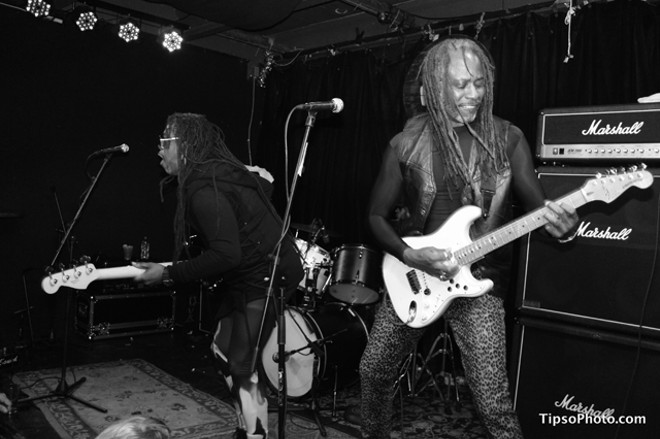 Being in the same room with the until-recently forgotten Detroit proto-punk band was momentous. But this was the victory lap that almost never was. For as good, pioneering and positioned as Death were, their promise would be lost before it ever had a chance. Then, over three decades after their breakup, they began to ignite the rock literati again when their music was reissued by respected indie label Drag City. This time, the flame wouldn't be deterred and grew into an underground inferno of national sweep that would eventually lead to the reformation of the band. And A Band Called Death tells the full tale.