The Horror of Blumhouse is coming to Universal's Halloween Horror Nights 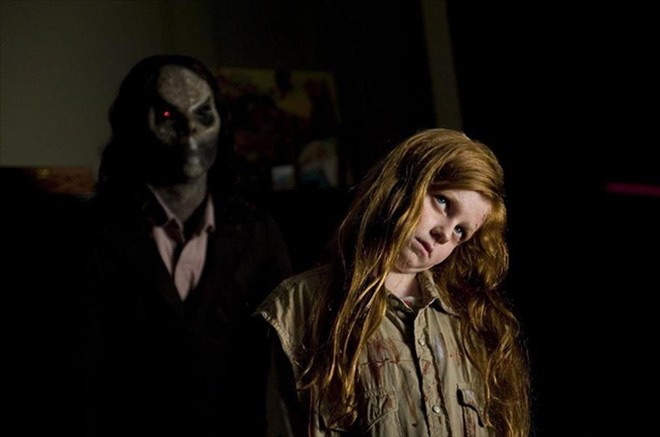 Horrors of Blumhouse was just added to Universal's Halloween Horror Nights 27. The new maze will include scenes from popular horror flicks like Insidious, Sinister and The Purge.

Universal announced Wednesday that Horrors of Blumhouse will feature five films from the Insidious, Sinister and Purge franchises, and will also include previews of Insidious: Chapter 4 and Happy Death Day, which have yet to be released.

The attraction will take creative lead from Jason Blum, Emmy award-winning producer and CEO of Blumhouse Productions, which has brought dark terror to life with Split and Get Out, the highest-grossing film of 2017 thus far.

"It’s a privilege to collaborate with Jason Blum and his team at Blumhouse Productions to create ‘The Horrors of Blumhouse,'" says John Murdy, creative director at Universal Studios Hollywood and executive producer of
Halloween Horror Nights. "The decisive, inventive way in which he interprets underlying issues plaguing today’s society into his films provides us with a plethora of content to create truly captivating, one-of-a-kind modern horror experiences for our guests."

The highly anticipated Halloween event will also include houses based on FX's American Horror Story series, Starz's Ash vs Evil Dead, the classic horror film The Shining and the Saw franchise.

Five scare zones – Trick r' Treat, The Purge, Altars of Horror, Invasion! and Roaming Hordes – will keep attendees' hearts racing as they make their way between the houses.