Here's what Hurricane Harvey would look like over Florida 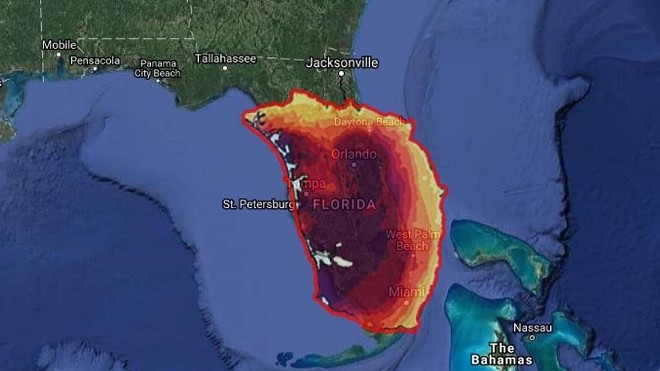 Last weekend, Harvey slammed into Texas as a Category 4 hurricane, and though it was downgraded to a tropical storm in the following days, the devastating rainfall has proven to be catastrophic.

Texas is a deceivingly large state. So to give this storm a sense of scale, MySanAntonio.com created a series of maps showing how much of Harvey's impact would cover other states besides Texas.

Orlando Weekly is accepting donations for Hurricane Harvey relief
By Colin Wolf
Blogs
When you look at this red blob it's important to understand that it represents more than 1,000 homes destroyed, and close to 50,000 homes that are damaged. It also represents 32,000 people that are now in shelters and 31 reported dead.

Colorado, Maine, Michigan, all of these states would almost entirely be covered by Harvey. As you can see in the above photo, most of Florida would likely be flooded, as well.

Compared to past hurricanes that have touched Florida, Harvey's reach and rainfall is on another level. Look how much red covers the Sunshine State compared to storms like Wilma and Matthew. 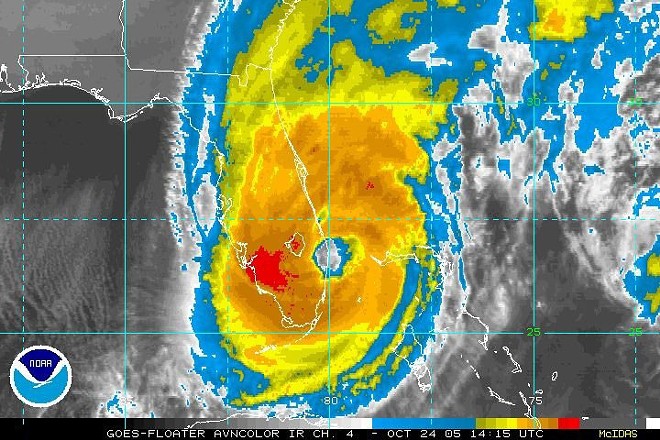 The hurricane season continues through the end of November. The most recently named hurricane is Irma, which is now a Category 3 storm currently moving west in the Atlantic with no indication, at the moment, that it will hit the U.S.