Band of the Week: The Welzeins 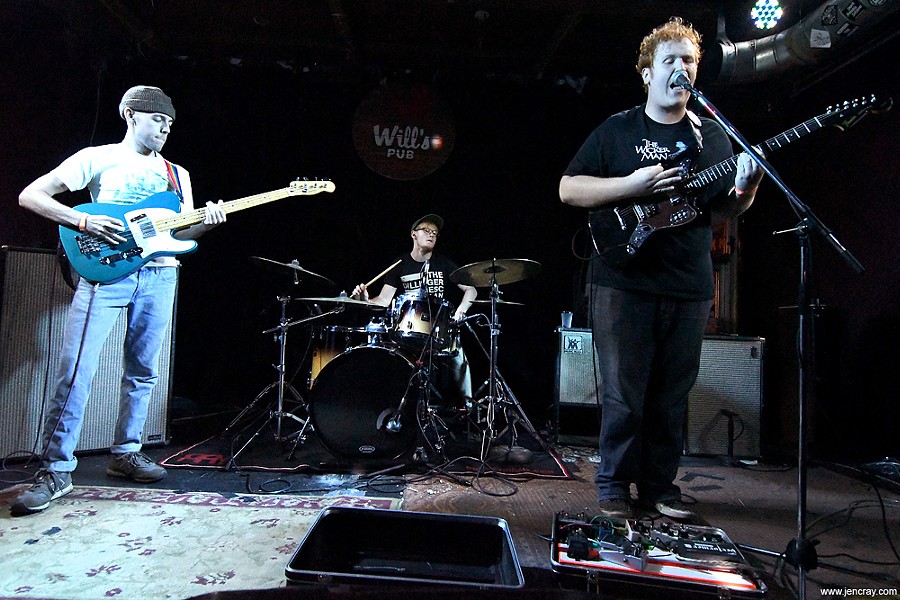 Welcome to Orlando Weekly's "Band of the Week." Every week, we highlight one of our favorite local bands. This week, we're pleased to bring you the Welzeins.

The Welzeins are playing Punk on the Patio at 64 North on Tuesday, Sept. 5 with Timothy Eerie and Plastic Pinks.

When did the band form?
We started back in 2012 as a two-piece; early on, I played with a drummer named Matt Rawls. Somewhere down the line, old Matt had to move, and Matt Wassum joined shortly thereafter. This year, we added John Waters on bass.

What has been your most memorable show so far?
We've played a few house shows that have gotten pretty rowdy; the latest one was on July 4th [and] one of our friends suffered a concussion while crowdsurfing. He was carried headfirst into a running ceiling fan during our set. He's OK now, though!

There was also one many years back that was really weird. We played a house show where we each tried to stand on opposite corners of a room with the crowd in the middle. It seemed like a good idea until the room filled up; we couldn't hear each other past everyone thrashing around! People had fun though, it was a good time.

Which local band is your favorite one to play a show with?
There are too many to name. Wet Nurse, Timothy Eerie, the Woolly Bushmen, and the Grizzly Atoms are all great. Bubble Boys are awesome too, we've been trying to book something together for a few months now. We just keep having bad luck with scheduling is all. Soon!

What description gets used for your band that you would most
like to correct people on? Why?
There isn't too much that bugs me; people are generally right on the money with what they think our sound is like. The only band I've never been stoked on being compared to is the Black Keys. But hey, that's why we added a bass player!

What’s your favorite thing about being an Orlando band? What's your least favorite? Why?
Orlando is great for a lot of reasons [and] the music scene is one of them. There are tons of diverse acts playing all over the place, and the music community always has something new and interesting going on. At the same time, there is so much to do in Orlando at any given moment that it can be a little overwhelming for artists starting out. If you're playing music around here, there are no half measures. The bands that get support have to be on their game if they want to make an impression. It's all about honing your craft and making sure you do the best you can every time you play!

Any big news to share?
We are working on a new album! The end isn't in sight yet, but it's going to be a further expansion of what we've sounded like in the past: way faster, way slower, a little more prog, definitely heavier, plus bass. Fun stuff!

The Heard welzeins band of the week