Gov. Rick Scott has declared a state of emergency for Florida in response to Hurricane Irma 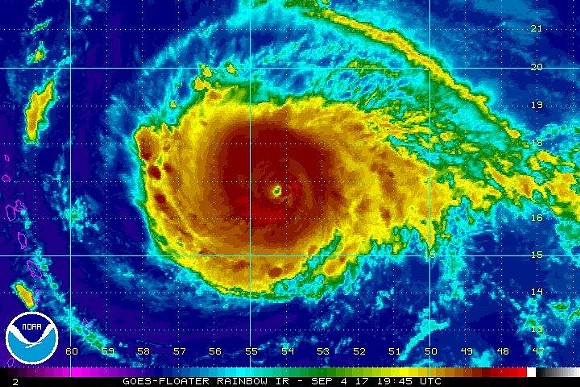 Florida Governor Rick Scott declared a state of emergency in response to Irma, which just recently became a Category 4 hurricane.

While it's a little too soon to know how, where and if Hurricane Irma will impact the continental U.S., Scott announced Monday evening that Florida is now under a state of emergency so that federal, state and local governments can properly prepare for the storm's potential impact.

I have declared a state of emergency for every FL county to help state, federal and local governments work together as we prepare for #Irma.

I urge all Floridians to remain vigilant and stay alert to local weather and news and visit https://t.co/J875UEWM16 today to get prepared.

Some models show Irma possibly hitting southern Florida this Friday, Sept. 8, and some show it missing us completely. However, in the meantime, it wouldn't be a bad idea to check your hurricane kit.

Scott's state of emergency has been issued for all 67 counties in Florida. "Hurricane Irma poses a severe threat to the entire State of Florida and requires that timely precautions are taken to protect the communities, critical infrastructure, and general welfare of this State," said the Governor in the executive order.

Earlier today, the Governor of Puerto Rico also issued a state of emergency. The storm is expected to hit the northwest Caribbean Tuesday.

#Irma has become a category 4 hurricane. Preparations within the warning area should be rushed to completion. https://t.co/tW4KeGdBFb pic.twitter.com/40N9AjuXCo


A hurricane watch was in effect for Puerto Rico, Vieques, Culebra, the British and U.S. Virgin islands, as well as Guadeloupe.