Irma has been upgraded to a Category 5 hurricane this morning as it heads towards the Caribbean and Southern United States, reports the U.S. National Hurricane Center.

With sustained winds of 175 mph, Irma is now an "extremely dangerous" hurricane and the most powerful hurricane in the Atlantic since Felix in 2007.

According to the NHS, "there is an increasing chance of seeing some impacts from Irma in the Florida Peninsula and the Florida Keys later this week and this weekend."

The storm "is moving into waters that are warmer and [are] a very favorable environment for even further development," said Heather Tesch of The Weather Channel.

Related Gov. Rick Scott has declared a state of emergency for Florida in response to Hurricane Irma

Gov. Rick Scott has declared a state of emergency for Florida in response to Hurricane Irma
By Colin Wolf
Blogs
Scott also says he spoke with President Trump, who offered his full support.

Though Irma is still about 1,500 miles away from Florida, parts of Southern Florida are now in the five-day forecast track cone, with Central Florida still in the cone of uncertainty. 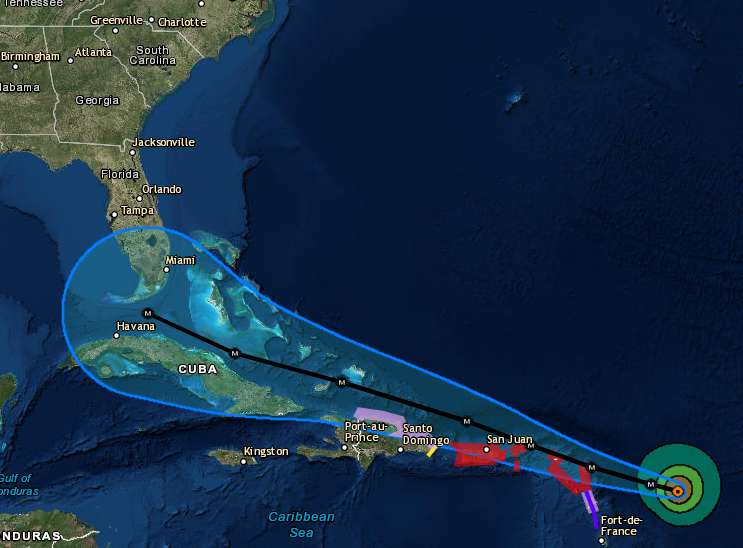