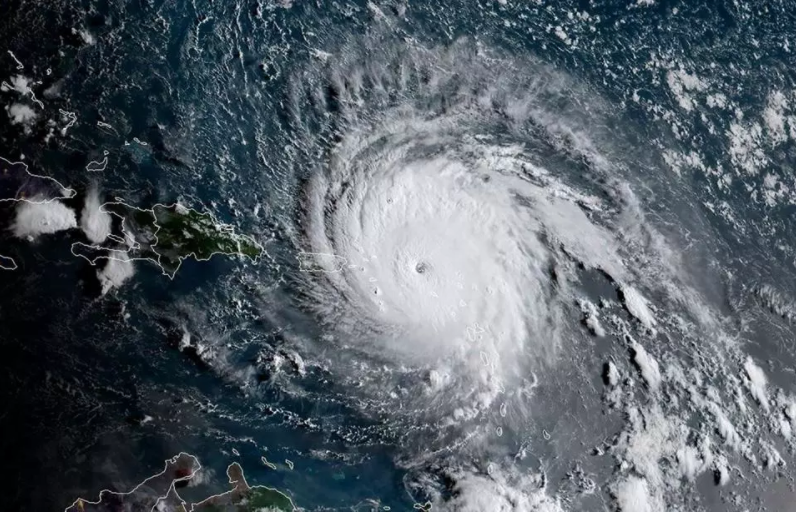 Gov. Rick Scott warned Floridians on Tuesday that powerful Hurricane Irma will start impacting the state by the end of the week —- it's just not clear where. “I think right now everybody's got to assume that you're going to get impacted,” Scott said after receiving a 5 p.m. update at the State Emergency Operations Center in Tallahassee. “This is a big storm —- 185 mph. And if you look at all the projections, it's not getting smaller, it's getting bigger,” he added. While commending officials in South Florida for starting to issue evacuation orders and making additional storm preparations, Scott said people will get more direction as the storm nears about where they should travel after evacuating. The center of the potentially catastrophic Category 5 storm, with 185 mph maximum sustained winds, was still west of the northern Leeward Islands —- about 1,400 miles from Florida —- Tuesday afternoon, but on a projected path that would take it just south of the Florida Keys before turning north. Scott, who had already issued a state of emergency because of the threat of the storm, asked Tuesday for pre-landfall assistance from the federal government, ordered state offices closed on Friday, started to activate members of the Florida National Guard and called for tolls to be lifted statewide to help evacuees. “They (tolls) will be suspended for the duration of the storm's impacts to Florida,” Scott said in a prepared statement. “Ensuring the safety of Florida families and visitors is our top priority and suspending tolls statewide will help people quickly evacuate and make it easier for all Floridians to access important hurricane supplies to ensure they are fully prepared.” Scott's comments and directives came as Irma grew into the strongest storm ever recorded by the National Hurricane Center in the Atlantic basin outside of the Caribbean Sea and Gulf of Mexico. The National Hurricane Center said the odds are growing that Irma will directly affect the Florida Keys and portions of the Florida peninsula later in the week and this weekend.

First footage from the Caribbean shows the damage Hurricane #Irma has done so far, with winds of up to 185mph pic.twitter.com/1PZEdlP18y

While too soon to estimate the timing and magnitude of the impacts, “Everyone in hurricane-prone areas should ensure that they have their hurricane plan in place,” the center said in Tuesday forecast discussions. Monroe County has already taken action, mandating tourists leave the Florida Keys on Wednesday. Residents of the Keys must leave on Thursday. “Now is a good time for tourists and residents to fill their tanks with fuel and complete their evacuation plans,” the county said in a release. Schools, parks and government offices in Monroe County will also shut down starting Wednesday. Monroe County's three hospitals —- the Lower Keys Medical Center in Key West, Fishermen's Hospital in Marathon and Mariners Hospital in Tavernier —- began plans to evacuate patients on Tuesday. School districts in other counties made plans to close later in the week or were reviewing their options. A number of high-school football games were rescheduled from Friday to Thursday. The Florida State League canceled its minor league championship series. Scott on Tuesday activated 100 members of the Florida National Guard while directing 7,000 more members of the guard to report to duty on Friday. More will be activated over the weekend. Other preparations Tuesday included: —- The Florida Fish and Wildlife Conservation Commission had search and rescue teams on standby, including members who deployed to Texas for Hurricane Harvey. —- All weight and driver restrictions for highways were lifted to speed water, food, fuel and emergency supplies. —- The American Red Cross established a disaster relief operation in Orlando. —- Scott asked electric utilities to identify staging areas and for updates on all nuclear facilities in the event of a necessary shutdown. —- Agriculture Commissioner Adam Putnam suspended requirements involving the intrastate transportation of animals from areas expected to be impacted by Hurricane Irma. Alabama, Georgia and Mississippi have waived rules related to bringing in Florida pets and livestock. “By suspending the intrastate movement requirements for the transportation of animals, we can ensure that Floridians and visitors can quickly and safely move their pets and livestock out of harm's way,” Putnam said in a prepared statement. Meanwhile, House Speaker Richard Corcoran, R-Land O' Lakes, and Senate President Joe Negron, R-Stuart, advised lawmakers on Tuesday that they are watching the storm. Lawmakers are scheduled to start holding committee meetings Sept. 12. “As the path of the storm becomes more clearly defined, we will, in consultation with the Senate, make a final decision regarding the status of House committee and subcommittee meetings scheduled for next week,” Corcoran wrote. “Hurricane Irma currently poses a serious threat to our state, and I encourage all senators and staff to use the next few days to ensure your home and family are prepared,” Negron said in a memo. On Monday, Scott placed all of Florida under a state of emergency. The declaration was intended to give local governments in the 67 counties time to prepare, the governor's office said. Also Monday, Attorney General Pam Bondi activated the state's “price gouging hotline.” “Floridians need to prepare now, and they should not be inhibited by unlawful price increases on supplies necessary to brace for a major hurricane strike,” Bondi said in a release. People who suspect businesses are taking advantage of residents in need of hurricane supplies —- food, water, hotel rooms, ice, gasoline, lumber and equipment —- can make reports by calling 1-866-966-7226 (866-9-NO-SCAM).