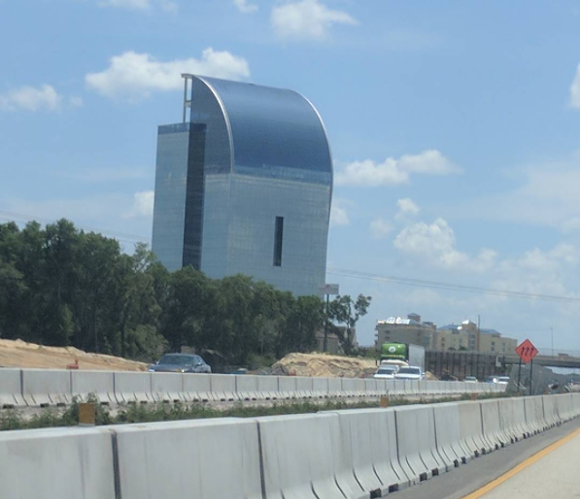 In typical medieval fashion, the knights of Medieval Times in Kissimmee, Florida, are preparing for Hurricane Irma the best way they know how– by offering up the Majesty building as a sacrifice.

"We offer this as a sacrifice. You can have it, just don't destroy anything else," tweeted the noble knights of dinner theater.

If this actually works, not only will I bend the knee to Medieval Times, but I will feast at their dinner arena at least once a month.

We offer this as a sacrifice. You can have it, just don't destroy anything else.

It's also worth reminding everyone that back in May, the owner of the "I-4 Eyesore," said the building would be completed by Thanksgiving. For some historical perspective, iPods didn't exists when construction began on this thing.