Puerto Rico Gov. Ricardo Rosselló says more than 1 million people on the U.S. territory are without power after the Category 5 hurricane's dangerous eye continued past its borders on a treacherous path through the Caribbean. The storm has already been blamed for nine deaths and leaving hundreds homeless after destroying areas of St. Martin, Anguilla and Barbuda.

In Puerto Rico, the government is blaming Irma for at least three deaths, including a Camuy woman who was electrocuted after she touched an electric wall socket; a bedridden 79-year-old Manatí woman who fell as she was being taken to a shelter; and a man killed in Canóvanas in a vehicle accident after conditions deteriorated. While the island appears to have avoided major devastation, the governor says trees and electricity posts have fallen on the ground, at times obstructing roads. Puerto Rico's law enforcement report 6,298 people and 501 pets are currently staying in shelters. 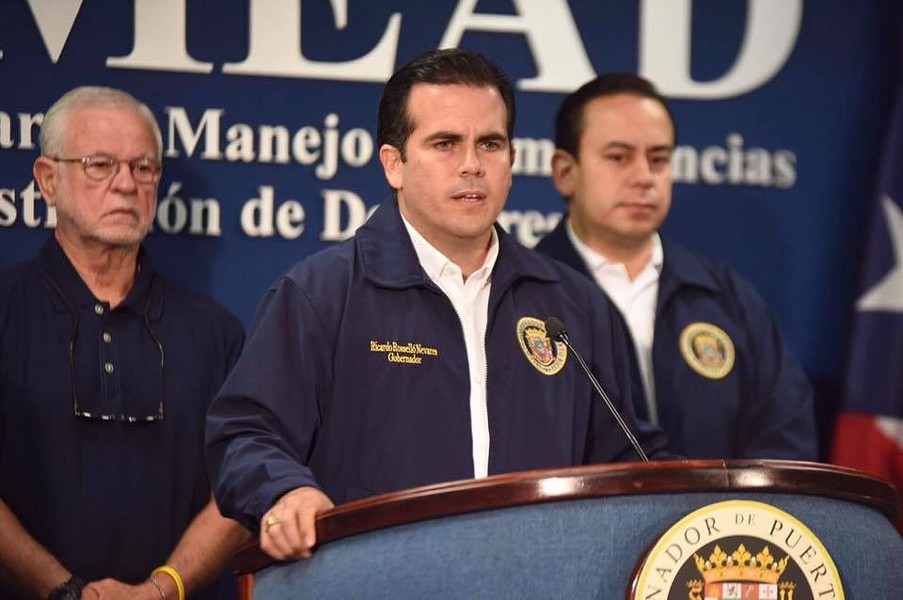 Rosselló says a flood warning has been issued because Puerto Rico's terrain is already drenched from excessive rain, and more storms could generate landslides and the saturation of tributary rivers, according to a press release. The most affected municipalities are Utuado, Fajardo and Culebra.

"The governor – who has worked closely with the Federal Emergency Management Agency – spoke with United States President Donald Trump; Vice President Michael Pence; and with White House Chief of Staff John Kelly who expressed their solidarity and support to the island during the emergency," according to the release. "[Rosselló] also spoke with the US Department of Health and Human Services secretary Tom Price, who was aware of the need to allocate additional staff to address the situation."