Hurricane Irma has been downgraded to a tropical storm, curfew is still in effect 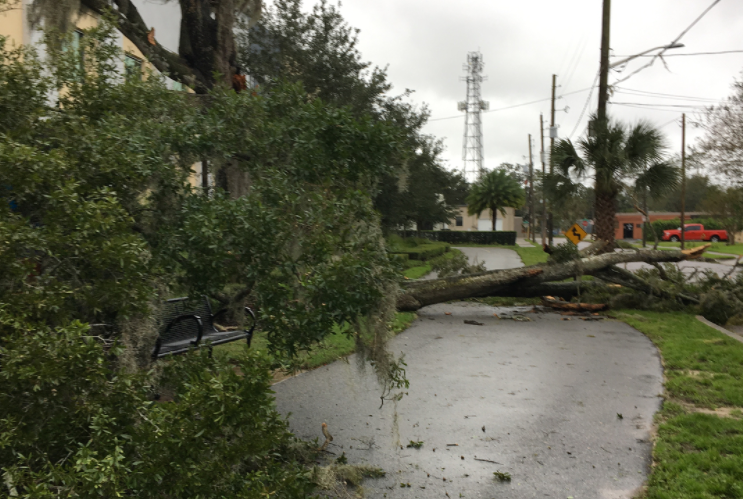 In a Monday morning briefing, Orange County Mayor Teressa Jacobs said that crews are still assessing the damage and urged citizens to have patience and remain indoors until the curfew is lifted at 6 p.m.

"The damage from this storm appears to be far greater than Hurricane Charley in 2004," said Jacobs. Duke and OUC are collectively reporting that over 300,000 homes are without power in Orange County alone.

"The greatest danger to our citizens lies ahead of us, not behind us," she said.

Though the storm is expected to weaken throughout the day, Irma is still recording winds upwards of 70 mph near downtown Orlando, according to the National Weather Service.

Orange County utilities are experiencing widespread outages at waste water pump stations, so officials are urging residents to reduce their water use. Things like flushing the toilet, bathing, running the dishwasher and laundry are considered "non-essential" and should be avoided.

If you filled your bathtub, leave the water in place for at least a day, or until your power is restored.

In Orange County, one fatality was reported. Orange County Fire says they made 125 rescues and saved a puppy as of 7 a.m. on Monday.

WOW: Crews just told us the puppy was found left behind in a cage - and nearly drowned when he was rescued. They also rescued 125+ ppl pic.twitter.com/JLmXb3TchZ

Remember to please call 311 if you see a downed power line, or need to report a power outage.