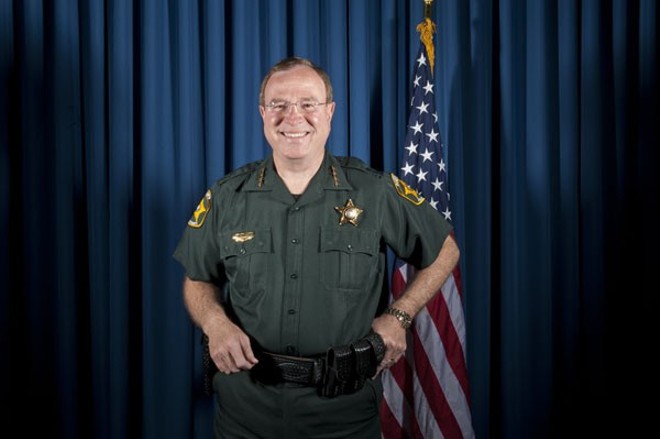 Polk County Sheriff Grady Judd is being sued days after threatening to arrest anyone with a warrant who came to seek shelter from Hurricane Irma.

The lawsuit, filed by Nexus Services and its risk manager Andres Barreno, claims Barreno was denied entry to a Polk County shelter unless he showed deputies his driver's license and underwent a background check.

If a person didn't have a driver's license, deputies at checkpoints would take fingerprints, the lawsuit alleges. The suit says the the checkpoints were not based on any suspicion of criminal conduct because deputies never told Borreno, a Virginia resident, that he was suspected of any crime or illegal act at that time.

Judd has said his tweets threatening to take shelter-seeking people with warrants to jail was meant to stop registered sex offenders from going to these shelters. But Nexus Services alleges the Polk County sheriff was "engaging in a practice of discouraging people from seeking emergency shelter through fear, and conducting unconstitutional pedestrian warrant checks on Floridians in crisis, who are seeking life sustaining shelter from a major hurricane." Besides, sex offenders already have a mark on their Florida driver's license that identifies them, the lawsuit argues, which means the policy violates constitutional rights against unlawful search and seizure.

"Sheriff Grady Judd knew that people would be afraid because of his statements earlier this week," Mike Donovan, CEO of Nexus Services, said in a statement. "That fear is causing them to not seek shelter, and that as a result people… Men, women, and children, may die. This storm is deadly, and how many people will die or be injured because of Judd's reckless tweets? The Sheriff has sworn an oath to protect people, not endanger them. His actions are reckless and unconstitutional, and he needs to be held accountable for his actions."

Judd told the Orlando Sentinel the lawsuit was "obviously frivolous."