Orlando is now a finalist for Elon Musk's Hyperloop One project

September 15, 2017 at 11:03 AM
comment
Orlando is now a finalist for billionaire Elon Musk's Hyperloop One project, which is essentially a vacuum tube that would allow you to travel at speeds up to 750 mph and arrive in Miami in about 26 minutes.

Out of 26,000 submissions, officials with Hyperloop One announced the ten winning plans for the project yesterday, and the 257 mile route between Orlando and Miami is among them. 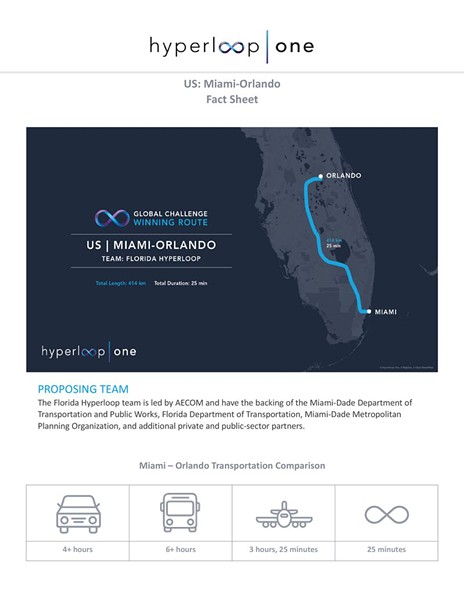 "The Hyperloop One Global Challenge started as a call to action for innovators, engineers, trailblazers and dreamers around the world who shared our vision of creating a new mode of transportation," said Shervin Pishevar, cofounder and executive chairman of the Hyperloop One group, in a statement.

Hopefully, Hyperloop One won't have a blooper reel on the same scale as Musk's other project, SpaceX.

Correction: The article previously stated that the route from Orlando to Miami was 357 miles, when it is actually 257.