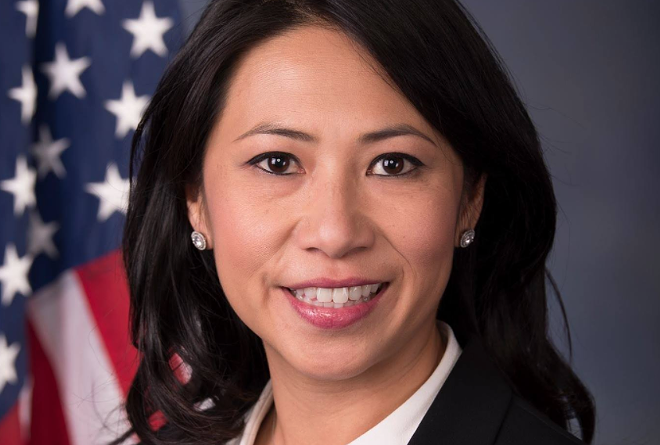 Republicans are launching attack ads against U.S. Rep. Stephanie Murphy, D-Winter Park, targeting her on a vote against a defense spending bill that would have funded President Donald Trump's border wall.

Local GOP leaders have already identified Murphy's District 7 position as a seat that could possibly switch to Republicans in the next election, though Murphy has gone to increasing lengths to portray herself as a Democrat who can push pass the partisanship to work with Trump for her constituents.

A 30-second spot showing the aftermath of a fictionalized terror attack at a mall says Murphy "voted against funding to combat terrorism." A second ad depicts a man holding a gun and a photo of the San Bernardino couple who shot and killed 14 people in 2015.

"Terrorists: determined to kill us, disrupt our way of life, threaten our freedom," the ad's announcer says. "And yet Congresswoman Stephanie Murphy opposed giving our military the necessary resources to keep America safe."

The Tampa Bay Times reports both the ads were paid for by the National Republican Campaign Committee and refer to Murphy's vote on the Make America Secure Appropriations Act, also known as House Resolution 3219. The bill was opposed by all but five Democrats. During the vote, Murphy said House leadership contaminated a bipartisan bill by "adding a provision assigning $1.6 billion to construct a border wall." Back during the vote in July, Murphy said:


"The House is currently considering the minibus, which would fund certain federal agencies in the next fiscal year. As a former Pentagon aide, I have opposed efforts to politicize national security policymaking since coming to Congress.

That’s why I introduced a bill to bar political operatives from serving on the National Security Council, and was proud when Steve Bannon was removed from the NSC. The minibus provides robust funding for the Defense Department—the same funding I voted to authorize as a member of the Armed Services Committee.

Sadly, House leadership has taken a strong bipartisan bill and contaminated it by adding a provision assigning $1.6 billion to construct a border wall. This provision is opposed by public officials from both parties who actually live along the Southwest border, and will do nothing to keep my constituents in central Florida safe. The money could be better spent to expand an underfunded counter-terrorism program that Orlando has been excluded from, or to enhance security at our air and sea ports.

In short, this funding should be used to give the American people real security, not politically motivated gimmicks."