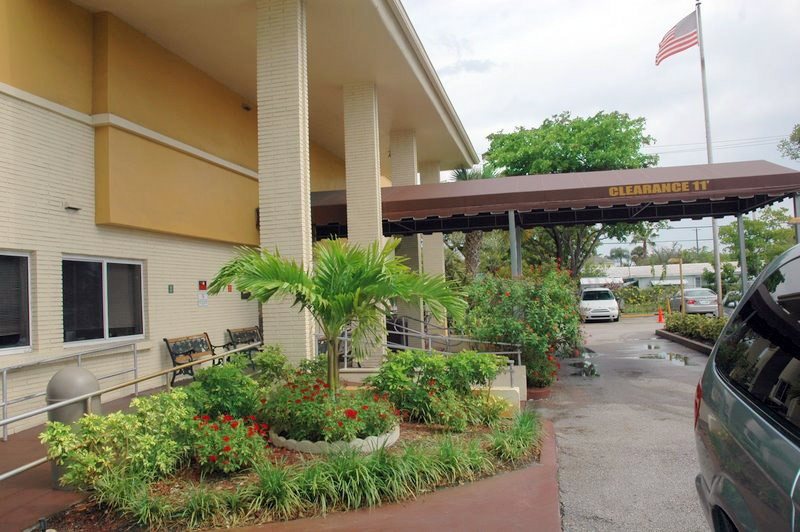 A Broward County nursing home has filed a lawsuit seeking to block Gov. Rick Scott's administration from cutting off Medicaid payments and carrying out a moratorium on patient admissions after the deaths of nine of the facility's residents following Hurricane Irma.

The Rehabilitation Center at Hollywood Hills filed the lawsuit late Tuesday in Leon County circuit court, seeking injunctions against orders issued last week by the state Agency for Health Care Administration. Those orders suspended the facility from the Medicaid program and placed a moratorium on admissions.

The lawsuit came as authorities announced Tuesday night that a ninth nursing-home resident had died —- and as debate continued raging about whether the facility had acted properly after Hurricane Irma knocked out its air-conditioning system. Eight of the residents died Sept. 13, three days after the system went down. Other residents were evacuated.

In the lawsuit, attorneys for The Rehabilitation Center at Hollywood Hills argue, in part, that the facility followed emergency-preparedness plans in the way it handled the air-conditioning outage. Also, the lawsuit alleges that the Scott administration violated the facility's due-process rights by issuing the immediate admissions moratorium and Medicaid suspension.

“With the stroke of a pen, AHCA (the Agency for Health Care Administration) has effectively shut down Hollywood Hills as a nursing home provider in Broward County,” the lawsuit said. “These illegal and improper administrative orders took effect immediately and without any opportunity for the facility to defend itself against unfounded allegations.”

In issuing the orders last week, AHCA alleged that the facility presented a threat to public health, safety or welfare, with one of the orders saying that “deficient practices exist presently and will more likely than not continue to exist if the agency does not act promptly.”

“The more we learn about this, the more concerning this tragedy is.” Scott said in a statement Tuesday night. “Through the investigation, we need to understand why the facility made the decision to put patients in danger, whether they were adequately staffed, where they placed cooling devices and how often they checked in on their patients. The families of those who trusted The Rehabilitation Center at Hollywood Hills deserve answers and those responsible for this horrific behavior should be prosecuted to the fullest extent of the law.”

The deaths of the nursing-home residents have drawn national attention and a criminal investigation. The Hollywood Police Department on Tuesday night listed the ninth resident who died as Carlos Canal, 93.

Throughout the past week, the Scott administration and the nursing home have sparred about whether facility officials took adequate steps after Hurricane Irma knocked out a transformer for the air-conditioning system. That back-and-forth has included questions about communications between facility and state officials about the lack of air conditioning, communications between the facility and Florida Power & Light and whether nursing officials should have called 911 earlier.

Scott's office Tuesday night released a timeline of events, while the lawsuit includes another timeline provided by the nursing home.

While the Scott administration and the nursing home reach different conclusions about whether the facility handled the situation properly, both timelines reflect a series of phone calls and messages between representatives of the nursing home and the state on Sept. 11 and Sept. 12.

Scott moved quickly last week to place a moratorium on admissions to the nursing home and to suspend the facility from Medicaid —- a crucial source of funding for many nursing facilities. Also, Scott directed state officials to issue emergency rules aimed at requiring nursing homes and assisted-living facilities to have generators that would power air-conditioning systems.

In the lawsuit, The Rehabilitation at Hollywood Hills pointed to the lack of such a requirement in arguing against the admissions moratorium and the Medicaid suspension.

“Hollywood Hills is currently in no different position than any other nursing home in the state with respect to the requirement of emergency generator power for central AC units,” the lawsuit said. “Put simply, the lack of an emergency generator backup is the current norm in nursing homes throughout the state and does not constitute an emergency crisis for Hollywood Hills that differs from any other nursing home in Florida that is compliant with current statutes and rules.”