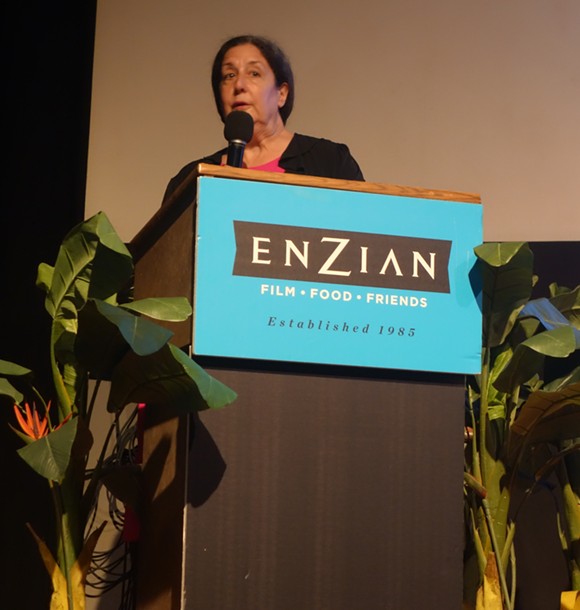 The 15th annual Global Peace Film Festival began last night at the Enzian Theater in Maitland with a presentation of The Promise, a romantic/historical drama about the Armenian Genocide in what is now the nation of Turkey, during World War I.

Festival founder and executive director Nina Streich welcomed the audience and invited the director of The Promise, Terry George, to speak. Though George was unable to attend in person, he thanked the crowd by phone and spoke about his efforts to educate people about the aforementioned atrocities, which claimed the lives of 1.5 million Armenians and is considered by many the first modern genocide, though the Turkish government still doe

s not recognize it as such.

The film was somewhat ignored by critics and audiences upon its release earlier this year, possibly because of some narrative and structural clunkiness, but the solid performances by Oscar Isaac, Christian Bale and Charlotte Le Bon, plus the subject matter, made it an appropriate – if emotionally draining – opening to the festival. (The film won’t play the festival again, but you can find it on Netflix discs.)

The festival offers a total of 34 films (both features and shorts) and continues through Sunday at various venues throughout Winter Park and Orlando. For more information, see Steve Schneider’s OW article or visit PeaceFilmFest.org.