Florida teacher reprimands first-grader for kneeling during Pledge of Allegiance 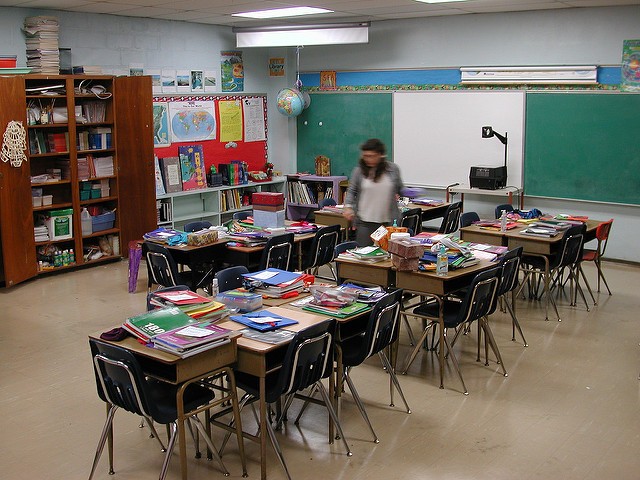 A first-grader at a Florida school was told to stand after his teacher noticed he was kneeling during the Pledge of Allegiance.

On Monday, Sept. 25, a teacher at Wiregrass Elementary School in Pasco County told the kneeling 6-year-old student to "stand up and stop it" in front of his classmates. She eventually texted his mother about the situation, reports WFTS.

The mother, of course, then shared the teacher's text with WFTS:


“I just wanted to let you know that this morning when it was time to do the Pledge of Allegiance, (your son) went down on one knee. I knew where he had seen it but I did tell him that in the classroom we are learning what it means to be a good citizen we're learning about respecting the United States of America and our country symbols and showing loyalty and patriotism and that we stand for the Pledge of Allegiance. I know its (sic) a sensitive issue but I wanted to make you aware. Thanks”

The mother, who chose not to be named in the story, told the station that Pasco County School District isn't taking diversity serious enough. "What [the text message] said to me was that him taking a knee was the exact opposite — [That] He was disrespectful of the country, he was being disrespectful of the flag … And we don't teach that."

A school district spokeswoman says that the teacher was actually following the law by making the student stand. "State law says that the only way that a student can be exempted from reciting the Pledge of Allegiance is if they have a written request from their parent and even then the law says that they still have to stand," said school spokeswoman Linda Cobbe.