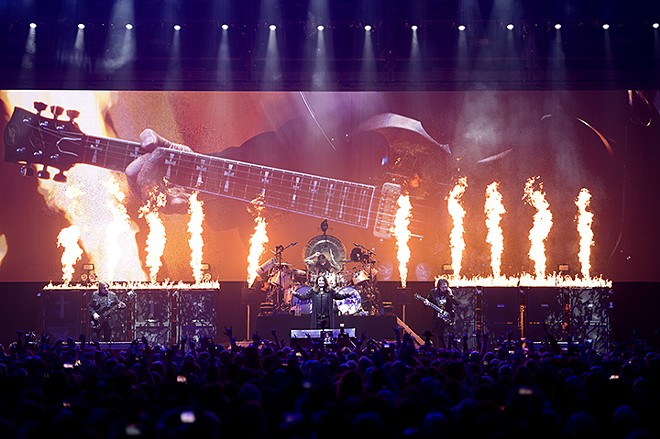 At a 2013 press conference announcing the release of their swan-song recording, 13, the members of Black Sabbath were asked to identify the biggest challenge they had faced in making the album. Guitarist Tony Iommi, who was at the time undergoing treatment for lymphoma, broke into an ear-to-ear grin and replied, “Not dying.” Four years later, Iommi is in remission but Sabbath is defunct, laid to rest after a farewell show last February in the group’s hometown of Birmingham, England. Concert flick The End of the End, which documents that final gig, is being sent to theaters around the globe for one night only, putting audiences in the VIP seats for the last airing of metal classics like “Paranoid,” “Iron Man” and “War Pigs” – and taking them backstage for behind-the-scenes banter that will hopefully hew to the same trademark good-natured ghoulishness that even the specter of death couldn’t slap out of Iommi’s mouth.