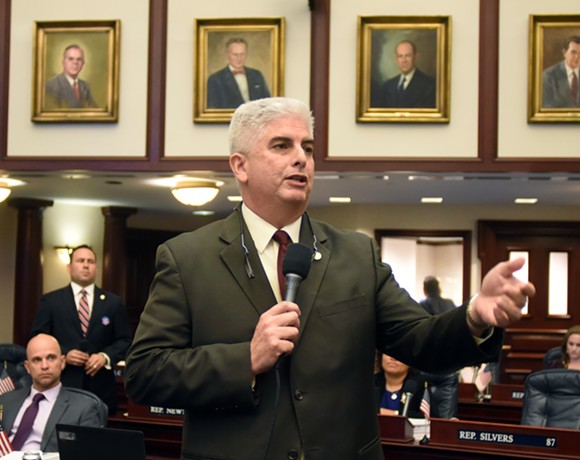 A Florida lawmaker engaged in some keyboard-warrior antics Friday when he tweeted that he'd "punch you in the face" for anthem protests.

Republican Rep. Julio Gonzalez, of Venice, is firmly in President Donald Trump's corner after the leader of the free world spent his time this week vulgarly criticizing football players like Colin Kaepernick who choose to kneel during the National Anthem to protest police brutality toward African Americans. The president argues the actions by some NFL players is unpatriotic and disrespectful to military members, while players say they're exercising their First Amendment rights. On Friday, Gonzalez called for a boycott of the NFL on Twitter and then predictably fell into the Internet tough-guy mold.

It's not about disrespecting you. I just wanted to raise awareness of what happens when I punch you in the face.#StandForOurAnthem

No. But I am suggesting you take a class in English Lit or logic and learn about parallelisms and satire.

Nope. But still nonsensical to claim you're not disrespecting someone when you're poking him in the eye. Questions on that?

Nope. It's saying the same thing the players are saying. Don't take it as a sign of disrespect when we insult your flag.

Grab some popcorn now because Gonzalez looks like he's in this nonsensical 280-character battle for the long run.