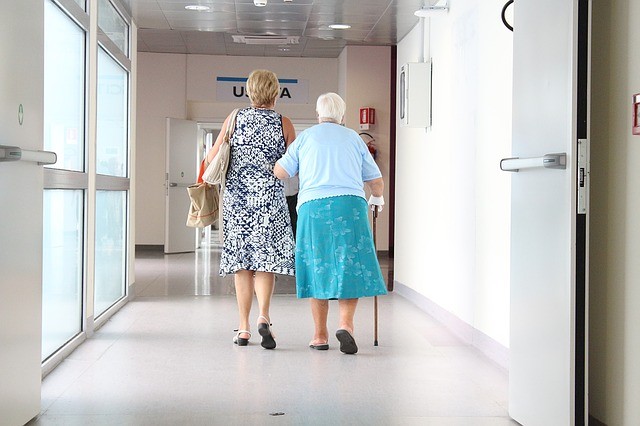 Amid continuing fallout from the deaths of residents of a Broward County nursing home after Hurricane Irma, a key state senator has filed a bill that would seek to prevent lengthy air-conditioning outages at nursing homes and assisted living facilities.

Senate Children, Families and Elder Affairs Chairman Rene Garcia, R-Hialeah, filed the measure (SB 372) Friday. It is the second Senate bill seeking to address the air-conditioning issue, which has drawn national attention since the Sept. 13 deaths of eight residents of The Rehabilitation Center at Hollywood Hills. Four other residents subsequently died.

Hurricane Irma knocked out the nursing home's air-conditioning system on Sept. 10, leaving residents in the sweltering facility for three days.

Garcia's bill, filed for the 2018 legislative session, would require nursing homes and assisted living facilities to have emergency power sources and fuel supplies that would last at least four days.

To meet that requirement, facilities could store generators and fuel supplies on site or contract with companies that could provide them in a “timely” manner when requested. The bill also would require the Florida Public Service Commission to ensure that electric utilities prioritize restoration of electricity to medical facilities with 50 residents or more, including nursing homes and assisted-living facilities.

Garcia filed the bill a week after nursing-home and assisted-living officials gathered in Tallahassee for a day-long “summit.” That event, which included a panel discussion with Garcia and two other lawmakers, was called after Gov. Rick Scott's administration issued emergency rules aimed at requiring facilities within 60 days to install generators that could power air-conditioning systems.

Industry officials have argued that it is unrealistic to carry out the rules within the 60-day timeframe —- and the emergency rules last week drew legal challenges by industry groups LeadingAge Florida, the Florida Assisted Living Association and Florida Argentum.

Administrative Law Judge G.W. Chisenhall on Monday consolidated the cases and scheduled a hearing for Oct. 12 and Oct. 13.

Regardless of the emergency rules, Garcia made clear during the industry summit that he expects lawmakers to address the air-conditioning issue during the 2018 session, which starts in January

“The reality is we had one bad actor, and we just can't allow that to happen again,” Garcia said. “Whatever the facts will come out … we just can't wait for this investigation to go forward and do nothing. It's going to happen. We're going to move forward with some legislation in the state of Florida having to do with generators and alternative power. It just needs to happen.”

The Scott administration has stood behind the emergency rules. But in announcing the rules, it also said Scott will “aggressively fight for legislation to put this (generator) requirement into law in the 2018 legislative session.”

Justin Senior, secretary of the state Agency for Health Care Administration, has indicated facilities would not have to install generators that could cool entire buildings. He said they could comply with the rules by being able to cool portions of the buildings where residents could congregate for 96 hours.

Garcia's proposal also adopts that approach, saying emergency power sources would need to be adequate to maintain a temperature of 81 degrees or cooler “within one or more areas of the facility having enough space to safely hold all of the facility's residents.”

The deaths at The Rehabilitation Center at Hollywood Hills also led to debate about whether the facility should have been a priority for Florida Power & Light to restore power. The Garcia bill would seek to ensure that such facilities are prioritized in the future.

In the more-immediate aftermath of the Broward deaths, Sen. Lauren Book, D-Plantation, filed a bill (SB 284) last month that calls for nursing home and assisted-living facilities to have generators that could supply power for at least five days.