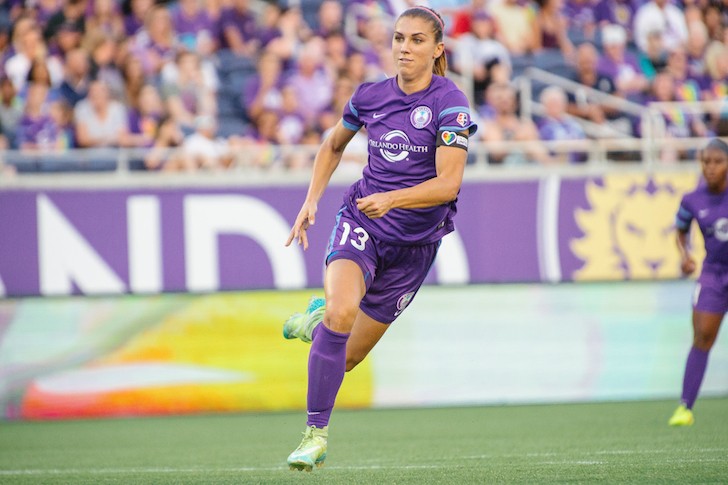 Alex Morgan, FIFA Women's World Cup champion and forward for the Orlando Pride, was among a group of friends who were kicked out of Disney World last weekend after a verbal dispute at Epcot.

As first reported by TMZ, the incident started when someone in Morgan's group cut in front of a parkgoer at a pub in the United Kingdom section of the World Showcase. The group then reportedly became verbally aggressive when confronted about it.

According to the police report, which was obtained by the Orlando Sentinel, Morgan may have been a little sauced, as it says she was screaming while "highly impaired."


"As we passed Spaceship Earth, I observed several people being escorted to the front," a deputy wrote. "They were all being very loud and belligerent toward staff around guests. "I observed a white female, who was later identified as Alexandria Morgan yelling, screaming and taken (sic) video and possibly pictures. She appeared to be highly impaired." The report goes on to say a deputy heard Morgan "make a loud verbal statement" that she knows the Orlando SWAT team.

Annual around the world in 8 hours. No big.

Morgan and her friends, who included several MLS stars like Giles Barnes and Donny Toia, were escorted out of the park and accused of trespassing.

This morning, Morgan took to Twitter to apologize for the incident.

I want to apologize for my actions that occurred over the weekend. I will learn from this make sure it does not happen again. #liveandlearn